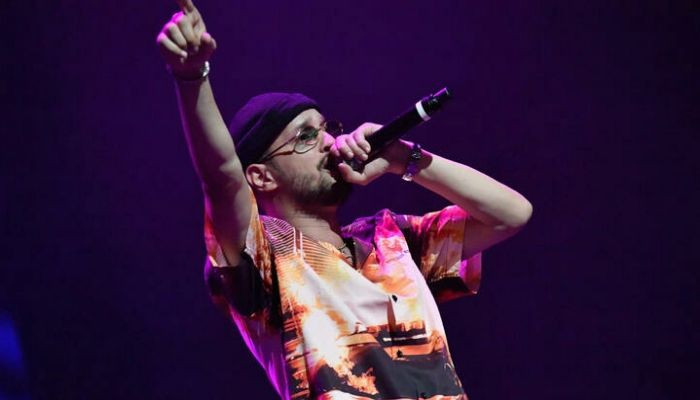 Already acclaimed in the Francophone world, the Algerian rapper Soolking this year set his sights on North America, where he played historic venues including New York’s Apollo and the Globe Theatre in Los Angeles.

“I never thought that one day I would come here to sing,” the artist born Abderraouf Derradji told AFP backstage ahead of his set at Harlem’s esteemed venue, which launched the careers of icons including Billie Holiday and Aretha Franklin, and where James Brown recorded a groundbreaking live album.

“It’s a mythical hall like Paris’ Olympia… where so many legendary artists have performed,” said Soolking, wearing oval sunglasses and a black beanie.

Born and raised in a suburb of Algiers, the 32-year-old was born to a percussionist father and at a young age began playing music and learning dance.

He first moved to France in 2008, but returned to Algeria to be in the rap group Africa Jungle, with whom he released two albums: “Ched Rohek” and “Eclipse.”

He went viral shortly thereafter after performing his song “Guerilla” — a track about his experience immigrating without papers — on the popular French radio Show “Planet Rap.”

With two successful albums under his belt and another on the way, Soolking embarked this spring on a North American tour that along with New York and Los Angeles included dates in Montreal, Houston, Chicago and Washington.

The artist who sings in both French and Arabic is interested in expanding his global reach but isn’t terribly concerned with where his fans come from: “The most important thing is my fans.”

“In my country of origin, there’s people who listen to me and people who don’t listen to me,” the rapper continued. “I’m going to look for what’s human, because in the end, music is feeling.”

As evidenced by his first New York show, Soolking had broken ground in the United States long before he played any of its stages: fans danced and sang along at the Apollo, waving Algerian flags and illuminating their phones.

“It’s just amazing to see someone from our country in New York City and their name in lights,” said 26-year-old Sarah Hammadi, one of four cousins who traveled from New Jersey to catch the show.

“It just feels like you’re back at home,” seconded her cousin Dilia, 18. “He’s such a pop icon in our country… it just brings warmth to our heart.”