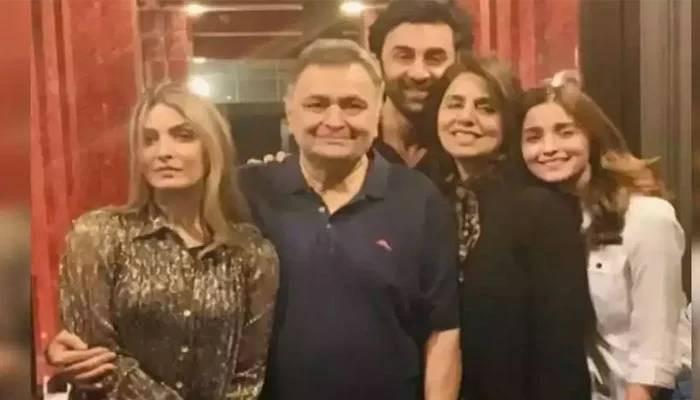 The Dear Zindagi actress shared a special bond with her now husband Ranbir Kapoor’s late father before his demise.

Neetu Kapoor also vouched for it when she revealed her husband’s wish to see his son Ranbir getting married to Alia in his lifetime.

However, Covid 19 happened in 2020 that put the world on pause for quite some time. The same year, Rishi also passed away in April.

On Saturday, the 29-year-old took to Instagram story to post a priceless photo of her with Rishi along with Brahmastra’s costar and Neetu.

It was an adorable monochrome photo where all four were in smiles.

While sharing this heartfelt memory, the actress wrote, “Always and forever”.