HomeENTERTAINMENTAmber Heard accused Johnny Depp of ‘using his kids against her’: Court...
ENTERTAINMENT

Amber Heard accused Johnny Depp of ‘using his kids against her’: Court audio 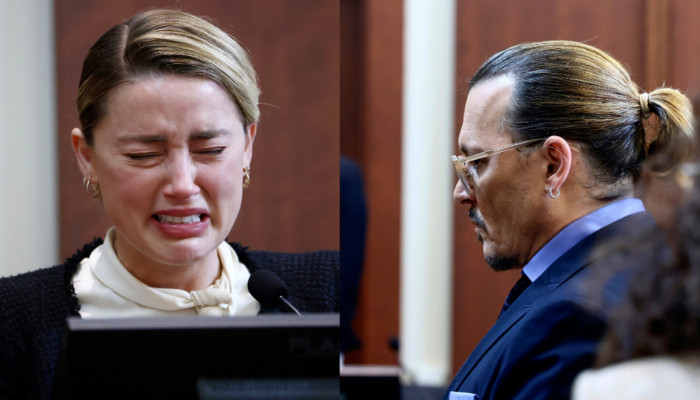 Amber Heard once accused Johnny Depp of using his kids, Lily-Rose and Jack, against her in arguments, a new audio shared in court on Tuesday, May 17, revealed.

As per The New York Post, the audio was played in court as part of the ongoing defamation trial between the two Hollywood actors who were married from 2015 to 2017.

In the audio, which was inaudible in the start, Amber was heard apologising to Johnny for ‘screaming’ at him in front of his two kids, Lily-Rose Depp, now 22, and Jack, now 20.

The Aquaman actor says, “I’m sorry I f—ed your kids up…” to which Johnny replies, “It was pretty f—ing weird for them, you know?”

Johnny is then heard saying that he “doesn’t need (Amber’s) clever comebacks,” from where on the conversation quickly escalates.

Amber then accuses Johnny, saying: “Your character has become so clear. Especially when you use the kids. You’re making me see you worse… I’ve done nothing but be there for them in a good way.”

While the entire conversation was submitted as evidence into court by Johnny’s lawyers, the court only heard a few seconds.