HomeENTERTAINMENTAmber Heard claims makeup presented in court was not ‘the exact one’...
ENTERTAINMENT 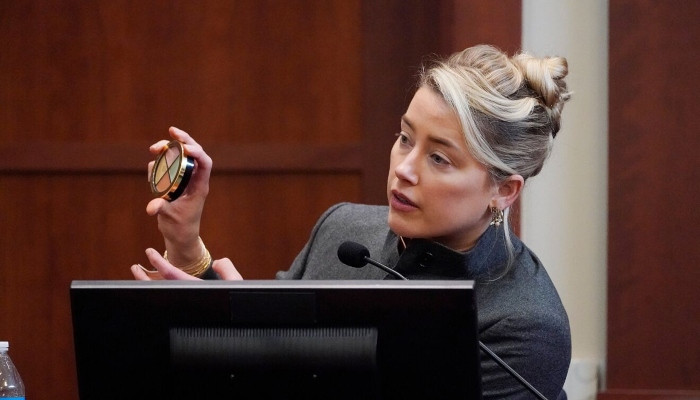 On Monday, during the cross-examination, the Aquaman actress addressed the controversial claim of using makeup to cover bruises left on her body from Depp’s assault during their troubled marriage.

Depp’s attorneys presented photographs of Heard making public appearances on red carpets and The James Corden Show shortly after times that she alleged Depp had struck her.

The pictures revealed no injuries, to which Heard said that the harm, for which she thought was a broken nose, was not severe enough to be visible or was covered up by makeup.

Although, the images she shared with the jury showed redness and swelling much more clearly than earlier photos.

“I am typically photographed in LA when I leave the house, paparazzi types of photographs,” Heard said, adding that “No woman wants to walk around with a bruise on her face.”

The Rum Diary actress further described how she used different colors depending on the progress of the marks, as the bruises turned purple.

“The idea is that you want to counteract whatever color you’re working with on the bruise,” she said.