HomeENTERTAINMENTAmber Heard divorced Johnny Depp due to fear that she ‘would not...
ENTERTAINMENT 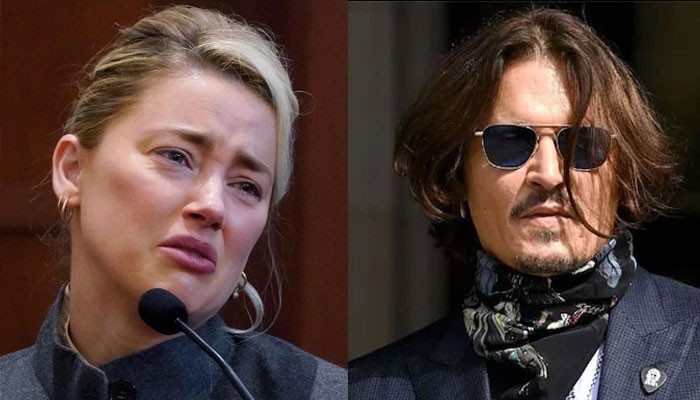 Amber Heard told the court she filed for divorce from Johnny Depp as she was ‘scared’ she ‘would not survive’ if she stayed with him during her testimony on Monday as the trial resumed after a week-long hiatus.

The actor made the decision after the Pirates of the Caribbean star allegedly threw a phone at her face in May 2016 during their last fight as a married couple when Depp accused Heard’s friend of defecating on their bed.

“At the time it felt like the hardest thing I ever had to do. I had worked so hard to try to make this relationship work, I went to therapy, Al Anon, I got help, I read books, I did everything I could possibly and it didn’t work and I was conflicted,” the Aquaman actor said in the court.

“I was conflicted, I knew after he threw the phone at my face that after all that month of not seeing each other, not getting better, not getting clean and sober,” she added.

“It was falling apart, I knew I had to leave him, I knew I wouldn’t survive it if I didn’t. So I made the decision to file for divorce. It was hard because I love Johnny so much, I loved him so much.”

Heard was then asked why she decided to file for the divorce, to which she tearfully responded, “Because I knew if I didn’t I would likely not literally survive. I was so scared that it was going to end really badly for me, and I didn’t want to leave him, I loved him so much.”

“And I would have done anything, but I couldn’t do that one thing, I couldn’t stay,” the actor continued. “The promise and the hope I had had become less and less regular and more and more rare. The violence is now normal and not the exception.”

“I was so scared, I believed he would take it too far and I wouldn’t be here.”

Heard then revealed the reason why she asked for a domestic violence temporary restraining order, saying, “I wanted to change my locks, I wanted a good night’s sleep, security always let him into the house no matter what I asked them.”