HomeENTERTAINMENTAmber Heard only has a 10-MINUTE role in Aquaman, spills journalist
ENTERTAINMENT

Amber Heard only has a 10-MINUTE role in Aquaman, spills journalist 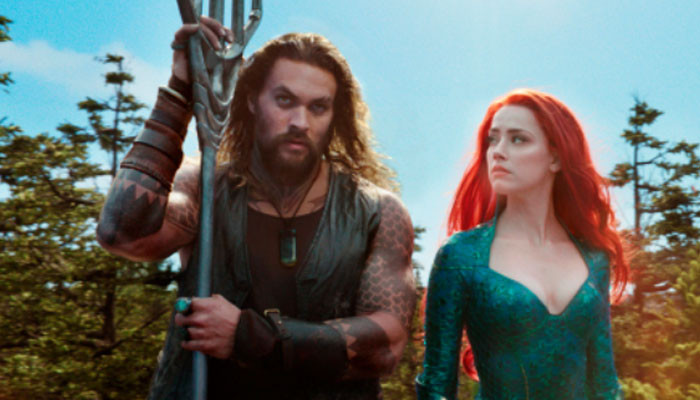 Amber Heard role in Aquaman has sinked to 10 minutes!

The actress, who is currently embroiled in a defamation lawsuit with ex-husband Johnny Depp, has come under the bad light with courtroom revelations.

While the public sides with Johnny, millions signed a petition to get her removed from the upcoming Aquaman sequel.

Johnny Depp has sued Heard for writing an oped for The Washing ton Post in 2018, alleging that she was subjected to domestic abuse. The excerpt got Depp axed from the Pirates of the Caribbean franchise.

Amid the frenzy, film journalist Grace Randolph confirms that Heard does not have a major role in the move, to begin with.

Randolph wrote on Twitter: “I hear #AmberHeard has less than 10 mins of screentime in #Aquaman2.”

In his testimony for the court, Depp told the judges: “It’s very strange when one day you’re Cinderella so to speak then 0.6 seconds later you’re Quasimodo.”

“I didn’t deserve that nor did my children nor did the people who believed in me all these years. I didn’t want any of those people to believe I had done them wrong or that I was a fraud.”