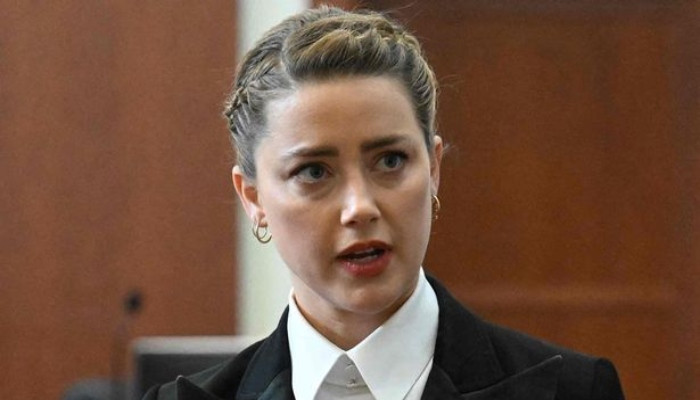 Amber Heard has testified that the controversial 2018 op-ed, she wrote for The Washington Post is ‘not about Johnny’ during the recent hearing of the defamation trial with her ex-husband Johnny Depp.

On Monday, Heard took to the witness stand and explained her intention behind publishing the article, in which – she claims – that she wanted to raise awareness around domestic violence issue.

She claimed that the article is actually about her and what happened to her ‘after I escaped my marriage.’

“The only one who made it about him ironically is Johnny,” she told the court. “It’s about me and my life and what I endured once I moved on and got a TRO [temporary restraining order] and moved on with my life. It was about what happened to me after.”

In the article, Heard wrote about what she called the “culture’s wrath” that women face when they come forward with allegations of domestic violence.

Depp sued his ex-wife Heard with a $50 million lawsuit for defamation over an op-ed she wrote for The Washington Post.

In her op-ed, headlined ‘I spoke up against sexual violence — and faced our culture’s wrath. That has to change,’ Heard claimed that she was a domestic abuse survivor. Though, she didn’t name Depp in the article.

However, Depp claims that the article falsely implies that he is a domestic abuser and that it has left him struggling to land roles in Hollywood.