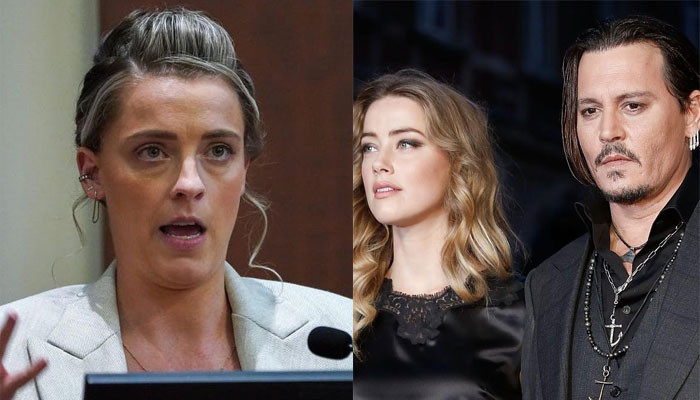 Whitney Henriquez, sister of Amber Heard, claimed in court that Johnny Depp was ‘vehemently against’ the Aquaman actor’s working and would even control her dressing style.

During her testimony on Wednesday in the former couple’s multi-million-dollar defamation trial, Henriquez revealed that the Pirates of the Caribbean star had issues with his then wife working.

She said in court that Heard “went from being able to wear whatever she wanted to what his stylist decided.”

“Her style over time got more and more conservative,” Henriquez added. She then talked about Depp’s dislike for Heard taking any jobs.

“That too was one thing at first – he was saying he was protective about the kind of jobs she was taking and suddenly he had a problem with her taking any job or audition,” the witness told the court.

Henriquez even recollected Depp saying, “I don’t understand why she needs to work, I’ll take care of her.”

“At the end, he was vehemently against her working at all,” she added.

The witness said that Depp was paranoid about her sister having affairs, which Henriquez says was not true, and would question Heard why she needed to work when he can “take care of her.”

She also claimed during her live testimony that Heard was not allowed to keep any passwords on her phone and that whenever the couple would engage in a fight “a device would get smashed.”