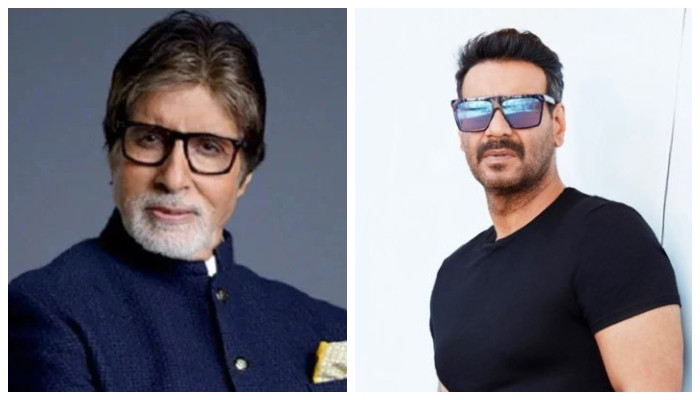 Bollywood icon Amitabh Bachchan penned a sweet note for his co-star Ajay Devgn and it will surely melt your hearts.

The much-awaited film Runway 34 was released in the theatres on the 29th of April, 2022. The aviation drama featured a stellar cast- Ajay Devgn, Rakul Preet Singh, and Amitabh Bachchan in lead roles.

Ajay juggled as director and actor in the film. Amid all, the Sholay actor shared some words of appreciation for his co-star Ajay. He penned a handwritten note to Devgn.

Big B wrote, “Ajay, Ajay, Ajay, an absolute honor to be a part of ’34’ and to be the recipient of a magnificent director’s gift. Your work is superior. The way you have put everything together is simply marvelous, They say it’s your best, but I know that there shall be many more bests. Congratulations! Love Amitabh”

Feeling overwhelmed by his gesture, the Omkara actor shared the note with his fans and wrote, “When the illustrious and magnanimous Amitabh Bachchan stars in your directorial venture, it is an honor that is hard to encapsulate in words. And when he uses his heartfelt words in a hand-written note of appreciation it stirs emotions that are a heady mix of gratitude, quiet pride, and satisfaction. Thank you Amit ji! #Runway34 @amitabhbachchan”.

Fans and followers also lauded both the actors’ work in Runway 34. Devgn’s wife Kajol also rushed to the comment section and wrote, “Well deserved words on both sides”.

Runway 34 is based on a Doha to Kochi flight that had a narrow escape in August 2015. He plays the character Captain Vikrant Khanna, while Rakul Preet Singh portrays his co-pilot. The film also features Amitabh Bachchan who essays the role of an investigating officer.