Angelina Jolie puts her life on risk to save humanity 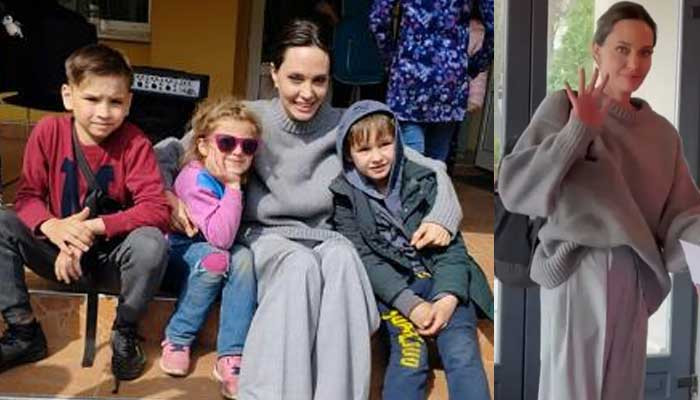 Hollywood actress and UN humanitarian Angelina Jolie, who made a surprise visit to the western Ukrainian city of Lviv on Saturday, put her life on risk to meet with refugees.

Jolie – who has been a UNHCR Special Envoy for Refugees since 2011 – had come to speak with displaced people who have found refuge in Lviv, including children undergoing treatment for injuries sustained in the missile strike on the Kramatorsk railway station in early April.

The UN goodwill ambassador was not on an official mission, and had travelled independently to save the humanity with friend Baroness Arminka Helić, who campaigns against rape as a weapon of war.

Angelina Jolie met locals in a coffee shop. She also visited an orphanage, a rehabilitation centre and an aid distribution point during her visit.

The actress was very moved by (the children’s) stories, one girl was reportedly even able to privately tell Jolie about a dream she’d had.

According to reports, Jolie also visited a boarding school, talk with students and took photos with them. She also met with evacuees arriving at Lviv’s central railway station, as well as with Ukrainian volunteers providing the new arrivals with medical help and counseling.

There were reports, that Angelina evacuated the main railway station amid air raid sirens. She was hurried away to the safety of an air-raid bunker.