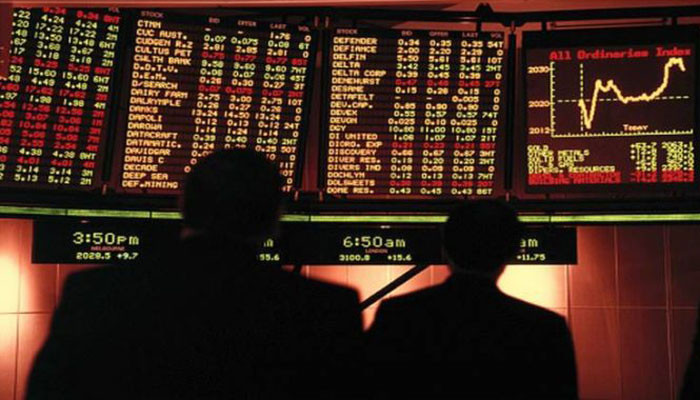 HONG KONG: Asian markets rallied Thursday following a Wall Street surge after the Federal Reserve played down chances of a huge interest rate hike in the near future, while oil extended gains as the European Union moved to ban imports from Russia.

US central bank officials announced an expected half-point lift in borrowing costs – the biggest since 2000 – as part of its battle to rein in inflation, while unveiling a timetable to offload its vast bond holdings.

However, traders were given some much-needed cheer when boss Jerome Powell said a 75 basis-point rise, which had been flagged by many observers, was not “not something the committee is actively considering”.

While he flagged more 50-point hikes to come, the news fuelled a rally on Wall Street, where all three main indexes piled on around 3% thanks to a surge in tech firms, which are most susceptible to higher rates.

“This was a reflection of relief, as investors came into the meeting fearful that the committee would be overly aggressive in tightening monetary policy,” said Clara Cheong, of JP Morgan Asset Management.

She added that if inflation began showing signs of slowing, it could allow the Fed to be less aggressive as it treads a fine line between containing prices and nurturing the pandemic economic recovery.

“It remains to be seen if the Fed can pull off this fine balancing act and orchestrate a soft landing, but for now we believe that the US economy is in a strong enough position to weather higher rates,” Cheong said.

“There is still, however, a risk that an overly aggressive approach can run the risk of tipping the economy into a mild recession in 2023.”

The gains in New York filtered through to Asia, where Shanghai advanced after returning from a long break while Hong Kong, Sydney, Singapore, Taipei, Manila and Wellington were also up.

“Removing some of the uncertainty is helpful in getting some of the cash that has been on the sideline back into the markets, whether it’s bonds or equities,” Erin Gibbs, of Main Street Asset Management, told Bloomberg Television.

The Fed hike was the latest by a central bank around the world and comes ahead of an expected lift by the Bank of England later Thursday.

Still, analysts warned there was only so much banking officials could do to bring inflation under control as the spike was also being fuelled by supply chain problems caused by China’s Covid-related lockdowns and surging energy costs, particularly oil.

And crude extended Wednesday’s big gains after the European Commission proposed a gradual ban on Russian crude over Moscow’s invasion of Ukraine.

That was compounded by data showing stockpiles shrinking and a weaker dollar caused by lower expectations for US rate hikes.

“The oil market will remain tight going forward, and now that a peak in the dollar is in place, crude prices should have extra support here,” said OANDA’s Edward Moya.

Key figures at around 0230 GMT

Tokyo – Nikkei 225: Closed for a holiday