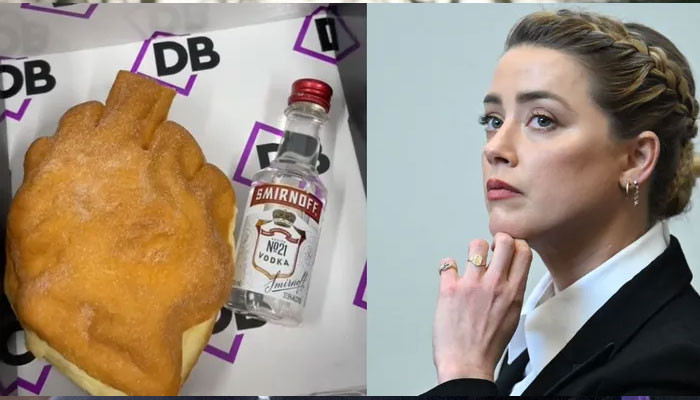 A bakery is under fire for sending a cake to Amber Heard in a bid to look humourous.

Sharing a clip of the box, the bakery added, “we cut off the finger with a vodka bottle,” noting they “will throw that in for her too.”

They joked that they kept the severed chunk of cake aside “to send to Johnny Depp.”

Netizens were quick to shut down the video, dubbing the bakery to ‘read the room.

“No one’s laughing,” fired one.

“Where’s the funny? I can’t find it. Can someone help,” another wrote: “POV: how to go out of business.”

A thirs one added: “I have a sense of humour but that’s disgusting!”

In his testimony at the Virginia court, Johnny Depp revealed that Amber Heard severed his finger with a vodka bottle during an argument at their Australia home.

“Blood was pouring out,” he said. “I think I went into some sort of … I don’t know what a nervous breakdown feels like, but that’s probably the closest that I’ve ever been. Nothing made sense.”