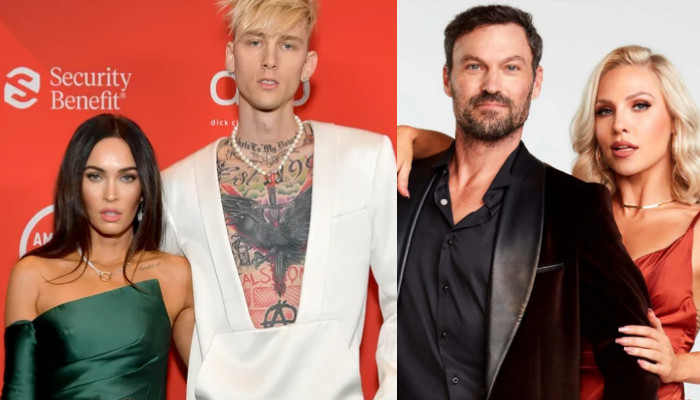 As Megan Fox fuels pregnancy rumours with Machine Gun Kelly, her ex-Brian Austin Green is gearing up for the arrival of his child with partner Sharna Burgess.

Talking to Entertainment Tonight about Brian and Sharna gearing up for the arrival of their first child, a source close to them said: “Brian and Sharna are doing amazing ahead of Sharna giving birth.”

“Brian is so continually supportive of Sharna and dotes on her left and right. He is at her beck and call and is very gentle, supportive and understanding,” the insider added.

They further continued: “It’s all the qualities and some of the reasons Sharna adores him so much. They are very in love.”

This comes as Brian’s ex-wife Megan attended the 2022 Billboard Music Awards with her fiance Machine Gun Kelly (real name Colson Baker), where MGK took to the stage to dedicate a performance to her and their ‘unborn child’, sparking rumours of Megan being pregnant.

Meanwhile, Megan and Brian first met in 2004 and tied the knot in 2010. They finally split up for good in 2020, and share three children, sons Noah, Bodhi, and Journey.