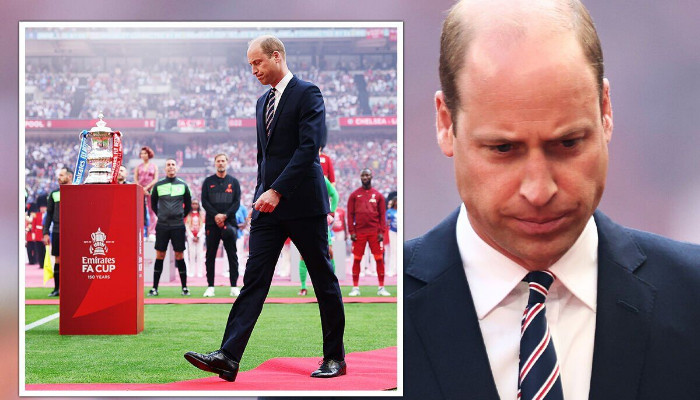 Britons were left raging over the weekend after Prince William was booed by the crowd as he attended the FA Cup Final in London’s Wembley Stadium on Saturday, reported Express UK.

The Duke of Cambridge attended the final match between Chelsea and Liverpool in London as the president of the Football Association, however, fans began booing once the Christian hymn Abide with Me.

The crowd got even more rowdy when Prince William’s name was announced in the stadium and when he met with players from both Liverpool and Chelsea.

Coverage of the event also showed that once the National Anthem began playing in the stadium, the crowd started loudly jeering.

As footage from the match started doing rounds on social media, many Britons took to Twitter to react, with one user writing: “Disgusted with Wembley booing Prince William and the National anthem especially after cleaning his diary to present Deborah James with her Damehood yesterday.”

BBC royal correspondent Michael Cole also reacted to the booing, calling on the Football Association to take action against the “disgraceful and deplorable” behaviour.

Another social media user said: “Manners don’t cost anything. I watched the final. I thought it was rude. Not doing themselves anymore favours behaving like that.”

Yet another royal enthusiast slammed the Wembley crowd for their ‘disrespectful behaviour’, saying: “To boo Prince William and our National Anthem was outrageous.”