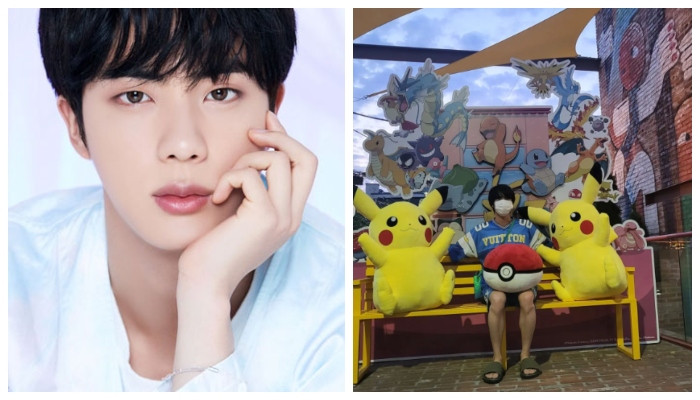 The Abyss singer ended his over-a month-long hiatus on Instagram with posts on Friday.

Jin also found a unique way to ask fellow member J-Hope to comment on his posts and not just hit the like button, the rapper took to the comments section of Jin’s latest Instagram post and obeyed the singer.

Jin shared several pictures as he posed with stuffed toys including Pikachu and a Pokeball. The singer sat on a bench as giant cutouts of Pokémon characters featured in the background. Jin gave different poses as he was dressed in a blue and white outfit and opted for a mask.

Jin didn’t add a caption to his post. Reacting to the pictures, J-Hope commented as translated by Twitter user @BTStranslation_, “(You’re) going around alone doing cute stuff by yourself (fire emoji).”

Earlier, on his Instagram J-Hope had shared several pictures of himself. The rapper gave different poses as he spent his time amid nature.

He made a goofy face and also posed with a bag. Sharing the picture he added a face with one eyebrow raised emoji but didn’t caption the post. Reacting to the post, Jin commented, “Don’t just click on the like, post comments too jwehope.” J-Hope laughed and replied, “Jjuin.