HomePAKISTANCase registered over Masjid-e-Nabawi incident against Imran Khan, others
PAKISTAN

Case registered over Masjid-e-Nabawi incident against Imran Khan, others 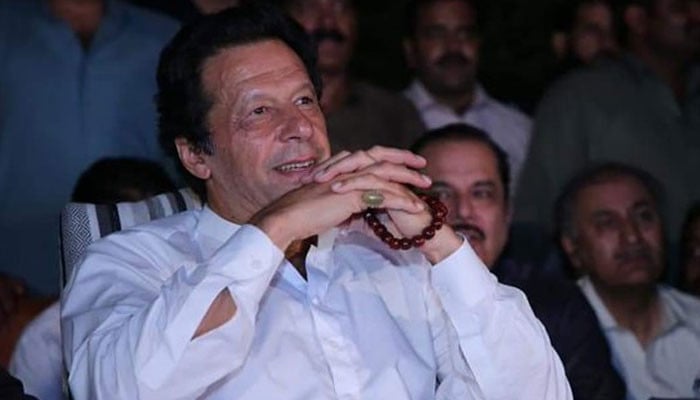 FAISALABAD: Police on Sunday registered a case against 150 people, including former prime minister Imran Khan, for allegedly harassing and stopping Pakistani pilgrims from performing their rituals at Masjid-e-Nabawi earlier this week.

The case has been registered against the suspects at the Madina Town Police Station in Faisalabad on the complaint of a citizen named Muhammad Naeem.

Two separate groups, a 150-member group from Pakistan and another group from London, had been sent to Saudi Arabia, who harassed Pakistani pilgrims and stopped them from performing their religious rituals at Masjid-e-Nabawi, read the FIR.

Referring to the statements of Sheikh Rashid and Rashid Shafique, the complainant said that the incident took place under a premeditated conspiracy.

Condemning the FIR against the former prime minister, PTI leader Asad Umar said that no one in recent history has fought the case against Islamophobia with more passion, logic and deep conviction than Imran Khan.

Taking to Twitter, Umar wrote: “To file a ridiculous FIR against him trying to show that he had anything to do with disrespect of masjid e nabavi, is condemnable and reprehensible.”

Meanwhile, former federal minister Sheikh Rashid Ahmed’s nephew Sheikh Rashid Shafiq was arrested at the Islamabad airport upon his arrival from Saudi Arabia in the wee hours of Sunday (today).

The arrest was made in connection with the incident of slogan chanting at Masjid-e-Nabawi against Prime Minister Shehbaz Sharif and his delegation.

Sources affiliated with the airport staff said that Shafiq travelled to Pakistan through a private airline.

Rashid confirmed his nephew’s arrest, saying that he had just landed in Pakistan after performing Umrah when he was arrested.

Share
Facebook
Twitter
Pinterest
WhatsApp
Previous article
Brad Pitt fears Angelina Jolie ‘waiting out’ till kids want ‘nothing to do with him’
Next article
Kanye West moves on after Kim Kardashian drama, focusing on self-care