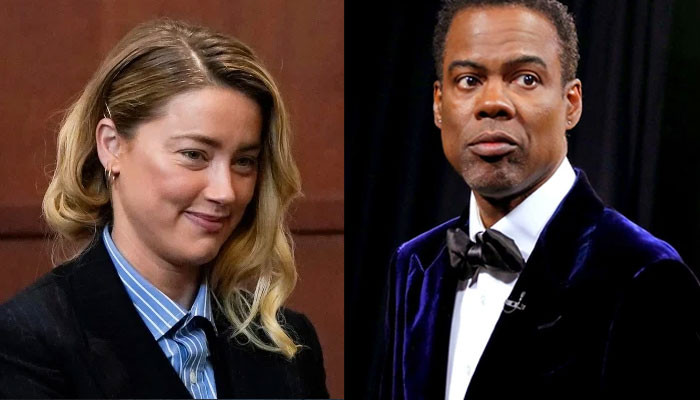 Chris Rock poked fun at Amber Heard during his latest roast as the comedian took a jibe at  bizarre confession amid the infamous lawsuit.

The comedian took the stage on May 12 as a part of the UK arm of his Ego Death tour where he diverted the audience’s attention from his infamous altercation with Will Smith to the libel suit.

The 57-year-old comedian discussed Depp’s claims of his ex-wife leaving ‘human feces’ on his bed after a fight with Heard on her 30th birthday.

Meanwhile, the stand-up comedian alluded to the Oscars slap controversy during his appearance at the Royal Albert Hall.

“I’m okay in case anyone was wondering. I got most of my hearing back and I’m trying to make a decent show,” he said.

“Everybody’s scared, you know… the whole world is scared of offending. So people are talking less. So there’s a lot of nodding,” he continued.

“[People say] You’ve got to be careful because words hurt, words hurt… you know, anybody who’s ever said words hurt has never been punched in the face,” Rock said.