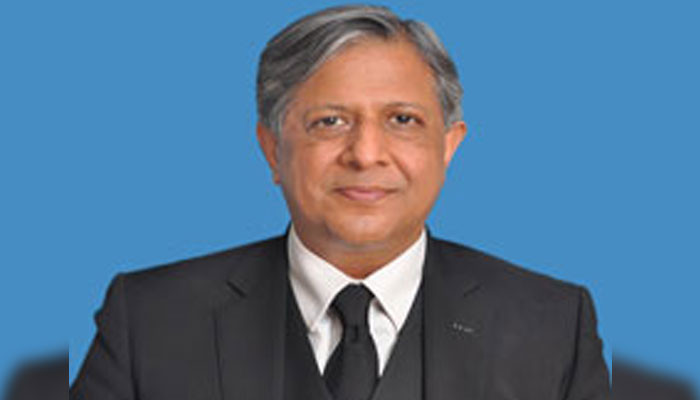 LAHORE: A day after the Supreme Court ruled that the votes of dissident members of the Parliament (MPs), cast against their parliamentary party’s directives, cannot be counted, Federal Law Minister Azam Nazeer Tarar said that neither Punjab Chief Minister Hamza Shehbaz would resign nor someone can remove him.

The law minister’s statement came amid confusion over the legality of the 26 votes polled in favour of  Hamza Shabaz during the CM Punjab’s election held last month by the dissident PTI MPs.

Talking to Geo News, Tarar said that Hamza Shahbaz will complete his constitutional and legal term. Claiming a majority in the Punjab Assembly, the law minister said that the ruling collation has 177 MPAs in the provincial legislature.

Giving details, Tarar said PML-N has 165 MPAs, PPP 7 while there are 4 independent candidates and Pakistan Rah-e-Haq Party has one lawmaker in the House.

Contrary to the ruling collation, PTI and PML-Q have 158 votes in the House, he maintained.

‘Dissident MPs’ votes not to be counted’

On  Tuesday, the apex court ruled that the votes of dissident members, cast against their parliamentary party’s line, cannot be counted.

The court, issuing its verdict on the presidential reference seeking the interpretation of Article 63-A of the Constitution related to dissenting lawmakers, said that the law cannot be interpreted in isolation.

Welcoming the SC verdict on the legality of votes cast by its dissident MPAs in the Punjab chief minister’s election, the PTI leadership demanded Hamza Shehbaz and Shehbaz Sharif quit offices immediately.

Talking to the media on Tuesday, former federal minister Fawad Chaudhry also demanded early elections. “The party has also decided to challenge the notification of the removal of Punjab Governor Omar Sarfaraz Cheema in court,” he added.

He said that there was no justification for Hamza Shehbaz and Shehbaz Sharif to hold their offices after the verdict. “It is not an opinion but a ruling of the Supreme Court and the nation should be congratulated over it as it is the victory of the people who sided with Imran Khan,” he observed.

Fawad said it was high time fresh elections were held. To a question, he said it would have been better if the verdict had been announced before the no-confidence move. He also demanded revamping of the Election Commission of Pakistan. He claimed that Omar Cheema was still the governor of Punjab.