Constable martyred in Gwadar as Haq Do Tehreek protest continues 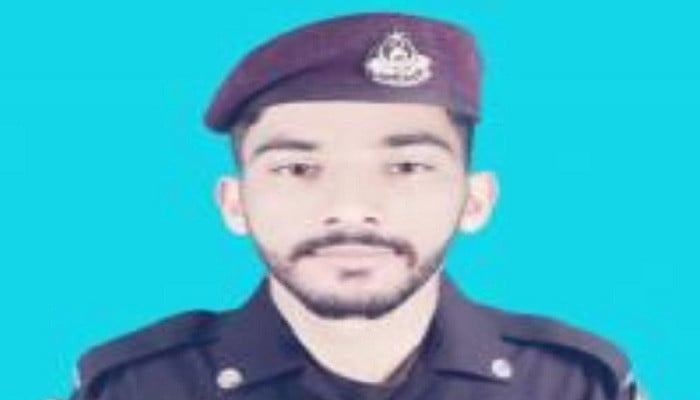 A policeman was martyred during firing by protesters in Gwadar, the Balochistan police said Wednesday, after which Home Minister Ziaullah Langau ordered the registration of a first information report (FIR) against Haq Do Tehreek head Maulana Hidayatur Rehman.

In a post on Twitter, the home minister said that every democratic process would be supported as long as it falls within the Constitution.

The Haq Do Tehreek protesters in Gwadar have been demanding a reduction in the number of check posts, easier border trade, and a total end to deep-sea fish trawling in the sea next to Gwadar.

The protests have been going for nearly eight weeks under the leadership of Maulana Hidayatur Rehman. The supporters of the movement had earlier blocked coastal highway near Sarbandan after the arrest of their leaders and also announced a strike in Gwadar and a rally in support of the arrested leaders in Pasni.

Clarifying the Balochistan government’s position, spokesperson Farah Azeem said that the protestors tried to shut the Gwadar Port after which the police took action and arrested some of them. She added that the movement’s attitude is provocative.

According to the spokesperson of the Balochistan police, the “angry crowd” of the sit-in in Gwadar opened fire on constable Yasir who was assigned to protect them.

The Balochistan chief minister has ordered the formation of a special team to arrest the culprits, while the home minister has directed to file a case against the leader of Haq Do Tehreek.

The rights movement leaders, meanwhile, rejected all allegations and said that their two-month protest has been peaceful. “All the large processions were peaceful, the government has resorted to violence after caving into demands of the mafia,” he said, alleging that the police was responsible for firing during the protests.

Rehman also demanded the release of the movement’s arrested leaders and workers.

On the other hand, the coastal highway which was blocked by the protestors has been opened for traffic after the sit-in was called off.

Last year, a month-long protest demonstration in the port town resulted in some promises by the government but the issues could not be addressed.

The government has again formed a committee to negotiate with the leadership of the movement.

On Sunday, the Balochistan home minister had said they were trying to end the strike and sit-in in Gwadar through talks adding that solutions are always found via dialogue.

He had added that Commissioner Karachi, DIG, and DC Gwadar were instructed to hold talks with the protesters and that they were hopeful of ending the stalemate.