HomeENTERTAINMENTCruz Beckham doesn’t want to use ‘Brand Beckham’ to make his name...
ENTERTAINMENT

Cruz Beckham doesn’t want to use ‘Brand Beckham’ to make his name in music industry: Insider 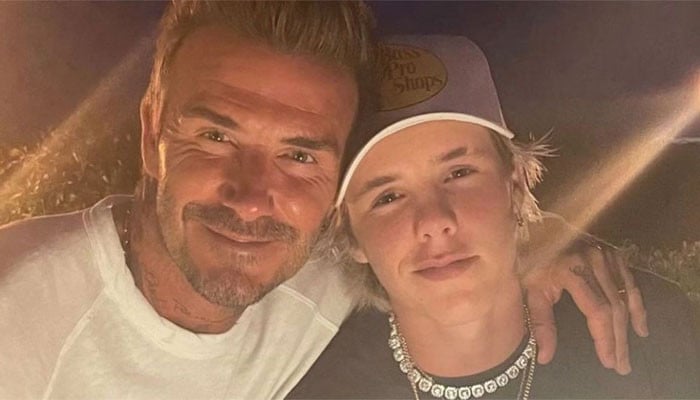 Cruz Beckham does not want to use ‘Brand Beckham’ to make his name in the music industry as he’s reportedly moving to Los Angeles to distance himself from family and focus on music.

An insider spilled to Heat Magazine that the aspiring musician does not want to end up like his brothers, Brooklyn and Romeo, as they keep getting criticized for having no talent.

The source told the publication “Cruz has always had a bit of a rebellious streak. With two older brothers he grew up fast, but he couldn’t be more different.”

“He’s seen them both struggle. Brooklyn trying to be a celebrity chef or photographer and getting criticised for having no talent, and Romeo for never quite being able to realise his dream of being a football star like his dad,” the insider added. “He doesn’t want to end up like them.”

The outlet further shared, “Cruz has inherited a lot of his parents’ ambition and decided early on that music was his passion – but he doesn’t want to use Brand Beckham to make it happen.”

It added that that David Beckham and Victoria Beckham’s son has recorded some songs and he has been meeting people in the industry to try and build some “street cred.”

The insider also revealed that even though the singer’s mother admires his determination, she’s stressed that her son won’t let her or David help him in his career.

Earlier, a report published by The Sun revealed that Cruz signed a deal with Tap Music – a company that made Dua Lipa a big star.