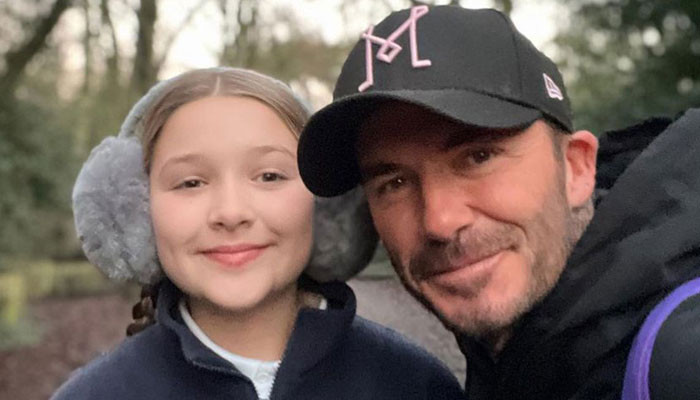 Sharon Bell, 58, is accused of stalking the former Manchester United footballer, accusing the sportsman of stealing her eggs along with wife Victoria Beckham.

Bell also sent threatening letters to the father-of-four in London and Oxford. Last summer, she mustered up the courage to show up at his home.

In a shocking move, Bell then went to Harper’s school in order to brainwash her into thinking the 10-year-old was her child. Westminster magistrates are told Victoria was already at the premises when Bell arrived.

“Bell is said to be under the delusional belief she was in a relationship with David, 47 and that Harper, 10, is her child,” notes Mirror.co.uk

Prosecutor Arizuna Asante said of Beckham: “He felt threatened, he felt frightened for the safety of his family, and he believed this behaviour was targeted and intimidating.

“He says he does not know the defendant and she is not the mother of his children.”

In 2011, David excitedly announced the birth of his baby girl.

“The footballer wrote: ‘I am so proud and excited to announce the birth of our daughter Harper Seven Beckham. She weighed a healthy 7lbs 10oz and arrived at 7.55 this morning, here in LA,” gushed the celebrity.