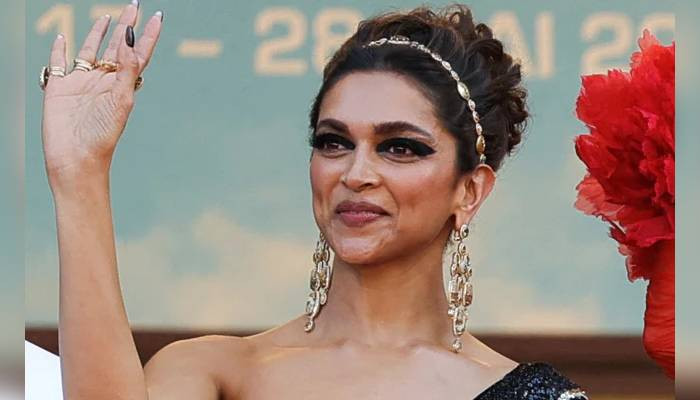 Deepika Padukone is on cloud nine these days to be a part of the jury member at the 75th Cannes Film Festival.

Speaking of which, the second day look of the Gehraiyaan actress at the opening ceremony stole the limelight as she walked the red carpet in a black-golden shimmery saree designed by ace designer Sabyaschi Mukherjee.

The diva looked ethereal, giving out retro vibes as she had her tresses tied in a bun with a golden hairband that reportedly showed resemblance to the traditional Indian matha patti headpiece.

On Tuesday night, the Padmavaat star also turned to Instagram to share her red-carpet look with 66.4 million followers.

Meanwhile, Padukone cited Sabyaschi’s words in her caption under the post.

It read, “The sari is a story I will never stop telling. No matter where we are in the world, it has its place,” said Sabyasachi Mukherjee…and I couldn’t agree more!”

As soon the series of photos posted on social media, her admirers and fans went gaga over her retro look, calling her “Queen”, “beautiful” and “dreamy” in the comment section.

One fan commented, “The most elegant and beautiful woman.”

Another wrote, “this is a proud moment for us, looking classy.”