‘Doctor Strange’ among top 10 Hollywood films of this weekend 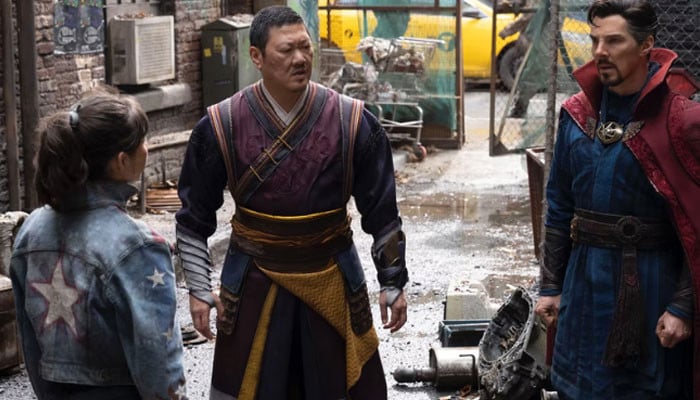 The superhero sequel, again starring Benedict Cumberbatch, had opened last weekend to a year´s best $187 million. It has now earned $292 million domestically and an additional $396 million abroad for a global total of $688 million.

Far behind in second place for the Friday-through-Sunday period was Universal´s animated action-comedy “The Bad Guys.” The DreamWorks Animation production, with a voice cast led by Sam Rockwell, Awkwafina and Anthony Ramos, took in $6.9 million.

In third for the second straight weekend was Paramount´s family-friendly “Sonic the Hedgehog 2,” at $4.6 million.

“Firestarter,” a new release from Universal based on the Stephen King horror-thriller, took in $3.8 million, a disappointing opening for a major-studio thriller.

It stars Zac Efron (the onetime “High School Musical” heartthrob) and Sydney Lemmon (of “Fear the Walking Dead” fame) as parents who have been trying to hide daughter Ryan Kiera Armstrong from a shadowy federal agency that wants to use her, um, matchless ability to start fires using only her mind.

The film has received a dismal 12 percent rating on the Rotten Tomatoes website, in sharp contrast to the fifth-place film, A24´s sci-fi yarn “Everything Everywhere All at Once,” which scored 96 percent on the site and earned $3.3 million in its eighth weekend out.

Michelle Yeoh stars in “Everything” as a beleaguered laundromat owner who must resolve some messy family issues while doing existential battle in a bizarre and chaotic multiverse.

Rounding out the top 10 were: