HomeVIDEODollar surges past Rs194-mark in interbank during intraday trade
VIDEO

Dollar surges past Rs194-mark in interbank during intraday trade 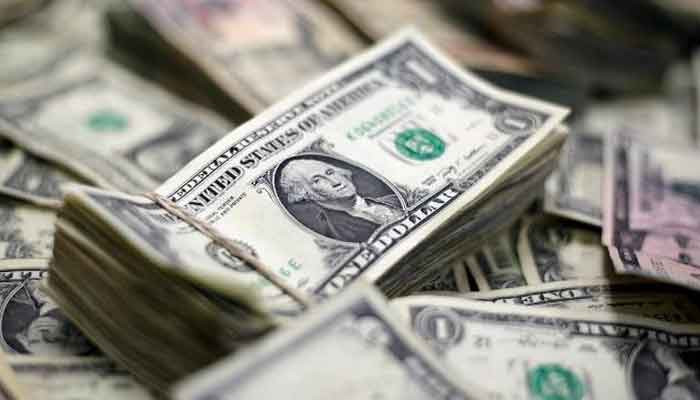 KARACHI: The dollar reached a new high in the interbank market Monday against the Pakistani rupee, surging past the Rs194-mark amid concerns over the government’s strategy to deal with the economic crisis.

According to market reports, the local unit has lost Rs11.07 since the installation of the new government led by Prime Minister Shahbaz Sharif last month.

Rising current account and trade deficits, greater external debt payments, and drying dollar inflows are proving a toxic mix for the rupee, which hit a record low of 192.53 to the dollar in the interbank market on Friday.

“Dollar demand is expected to continue to outstrip greenback supply, and the currency is likely to see new record low levels,” said a currency dealer after the end of the last trading session.

“However, any positive development on the IMF [International Monetary Fund] loan talks to be started on May 18 may help pull the rupee out of a slide back towards the lows,” he had added.

The financial experts have been pressing the government to take the difficult decisions in order to bring stability to the financial markets.

Prime Minister Shahbaz Sharif, who was in London last week holding meetings with the PML-N supremo Nawaz Sharif, is scheduled to take the heads of allied parties into confidence today and seek their approval before taking decisions on ending the subsidies on petroleum products.

Alpha Beta Core CEO Khurram Schehzad said that investors were expecting an increase in oil prices after midnight causing the subsidy to drop.

Explaining what he meant by subsidy, Schehzad said that the oil is currently being sold for an even lower price in the local markets than in the international market and the government is paying the taxes in the form of a subsidy.

In Schehzad’s view, the subsidy is not the problem but dealing with it is.

“The subsidy must be given smartly or should be targeted to only small vehicles,” he said.

Speaking about the government’s claims of the subsidies on oil prices being non-funded, Schehzad said that it was a political decision and there was no supporter for the subsidy.

“The subsidy being funded means if you have a greater revenue and lesser expenses, you can invest the revenue somewhere else and fund any expense but nothing can be funded when there are already greater expenses even if there is a slight rise in the revenue.”

He said that the incumbent govt was expected to pass on things as soon as it took office but they adopted an opposite policy which increased the energy requirements.

“Closing market for a single day or closing early would make an impact of $1 billion to $1.5 billion,” he said.