HomeENTERTAINMENT‘Drake ‘saw’ a future with Rihanna,’ how he felt about Riri’s pregnancy...
ENTERTAINMENT

‘Drake ‘saw’ a future with Rihanna,’ how he felt about Riri’s pregnancy – deets inside 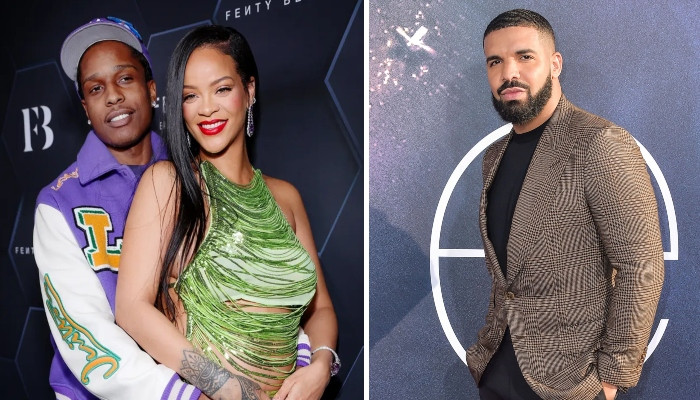 While fans and fellow stars congratulated the Diamonds singer on the good news, a source has finally revealed how Riri’s former lover, Drake really felt about her pregnancy with Rocky.

“Of course, he was ecstatic for her because he knew she had always wanted children. But at one point in time, Drake saw himself having a future with Rihanna so it was just further confirmation that there was no future for them,” an insider revealed.

The source further said the One Dance singer even sent a congratulation text to Rihanna.

Drake – real name Aubrey Graham – had a long romantic history with the Only Girl singer.

In 2016, the Canadian rapper famously revealed he loved Rihanna, 34, for many years while presenting her with the Michael Jackson Video Vanguard Award at the MTV VMAs.