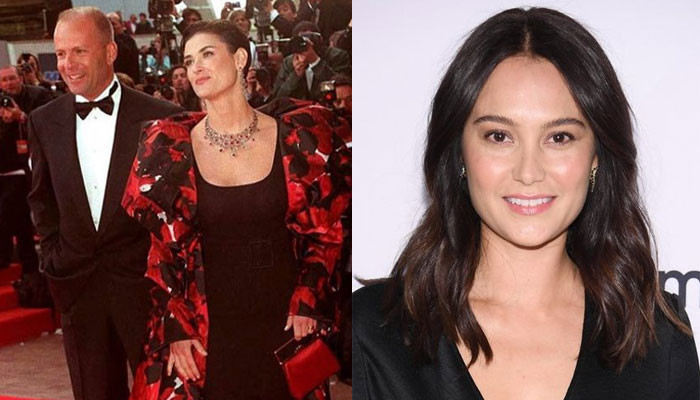 Demi Moore dropped a throwback picture with her ex-husband Bruce Willis when they walked the red carpet at the Cannes Film Festival.

Taking to Instagram, the G.I. Jane actor shared a vintage photo from the premiere of his film The Fifth Element which opened the prestigious festival in 1997.

“From the Cannes archives, circa 1997,” the actor captioned the photo.

Thousands of fans and friends reacted to the picture including Jennifer Aniston and Rita Wilson.

However, the one comment that caught everybody’s eyes was from The Sixth Sense actor’s wife Emma Heming Willis

“All the feels,” Heming commented with a heart, adding, “beautiful.”

He later married to Heming in 2009 and the duo is now parents to two daughters; Mabel, 10 and Evelyn, 8.

Earlier, the family of the 67-year-old actor revealed in a joint statement that Willis is stepping away from acting after being diagnosed with Aphasia.

The statement read, “To Bruce’s amazing supporters, as a family we wanted to share that our beloved Bruce has been experiencing some health issues and has recently been diagnosed with aphasia, which is impacting his cognitive abilities.”

“As a result of this and with much consideration Bruce is stepping away from the career that has meant so much to him,” it added.