Establishment’s change of role made ‘selected’ a political orphan: Bilawal 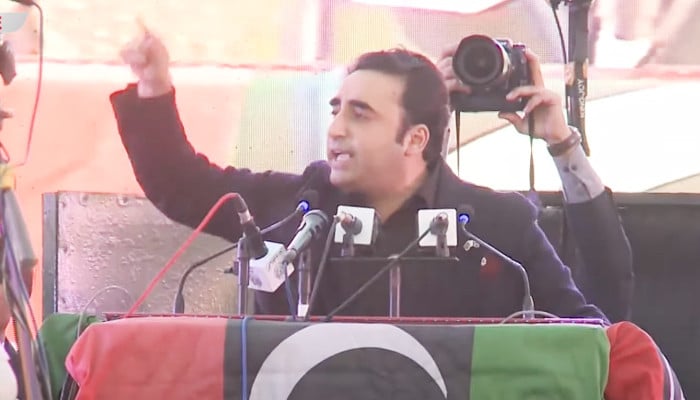 The PTI will keep pushing, inciting and seeking the establishment’s help, but vowed that the party will ensure that no unconstitutional move would be taken, Bilawal — the chairman of the Pakistan Peoples Party (PPP) — said.

The establishment had decided last year that it would remain apolitical and not interfere in politics, but since then, Imran has been on maligning spree against former army chief General (retd) Qamar Javed Bajwa, accusing him of toppling his PTI government.

“Imran, in his rallies, has been using words that are tantamount to Article 6 [treason] and inciting the establishment to help him,” the foreign minister said, asking the PTI chief to return to parliament as neither he nor his party “could bear” what’s coming to them.

The foreign minister went on to say that he did not want his political opponents to endure what his party workers had to go through. “But we also have to run the system, this cannot go on.”