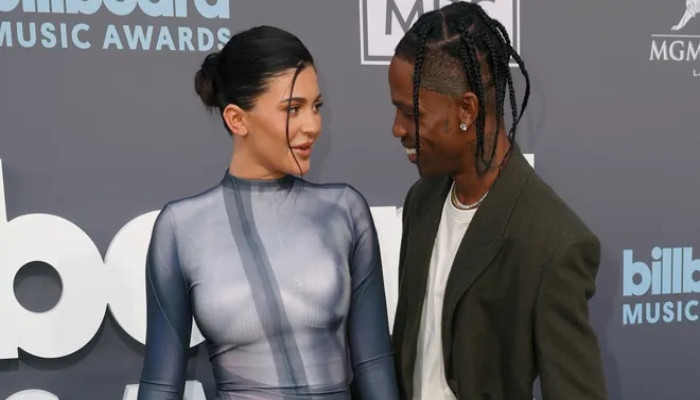 The star couple left fans surprised as they brought their four-year-old daughter Stormi Webster to the glitzy event, held at the MGM Grand Garden Arena in Las Vegas.

For the awards ceremony, where the Goosebumps singer delivered his first televised performance since the tragic Astroworld concert in November, the Kylie Cosmetics founder donned a blue-silver long-sleeve gown.

She accessorized the outfit with a gold bangle on each wrist and wore her hair in a sleek updo. Travis kept it classy with a dark-colored suit and a white T-shirt.

Their daughter Stormi stole the attention on the red carpet. She wore an off-shoulder white dress and white sneakers.

They faced backlash for dressing their daughter in grown-up attire. “She’s literally a child I cannot,” an internet user commented and another added: “That is not a kids dress. She’s super cute, but that dress is disturbing to see on a little kid.”