FIA decides not to pursue money laundering case against PM 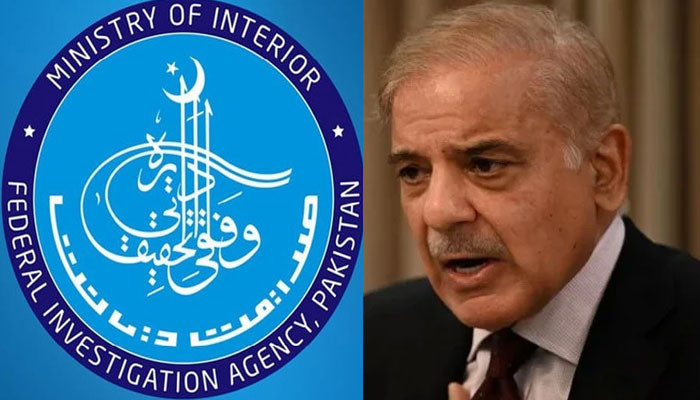 ISLAMABAD: The Federal Investigation Agency (FIA) has decided not to pursue the Rs16 billion money laundering case against Prime Minister Shehbaz Sharif, his son Punjab Chief Minister Hamza Shehbaz and others, it emerged on Thursday.

It is pertinent to mention here that the indictment of PM Shehbaz Sharif and others was due on April 27, but it was postponed till May 14 after Amjad Parvez, the counsel of the premier had moved an application before the Special Court Central Lahore, seeking a one-time exemption of his client from personal appearance before the court.

In an order, Special Central Court Lahore Judge Ijaz Hassan Awan said that after the April 11 hearing, the FIA had submitted an application in the court saying that the agency was not interested in further pursuing the money laundering case against the suspects. The judge made the application part of the record.

On the request of the FIA prosecutor, the special judge issued his written verdict.

In his order, Judge Ijaz Hassan wrote, “At about 10:00am after an announcement of above-said order and adjournment of the case, Mr Usman Riaz Gill, advocate appeared and filed a written petition intimating that DG FIA through IO of this case conveyed to Sikandar Zulqarnain Saleem, Advocate learned Special Prosecutor not to appear in this case as the accused in the case are going to be elected Prime Minister of Pakistan and the Chief Minister of the province of Punjab and the concerned quarters are not interested to prosecute the accused persons. Request is made to place said petition on the record. Said application is accordingly taken on the record and be annexed with the case.”

PM Shehbaz, Hamza summoned for indictment on May 14

Earlier on April 27, the special court central had summoned PM Shehbaz Sharif and his son Punjab Minister-elect Hamza Shehbaz for their indictment in the money laundering case on May 14.

The court had also extended the interim bail of Shehbaz Sharif and his son Hamza Shehbaz till May 14.

The indictment of the accused was due, but it could not be carried out then. As the hearing commenced, Amjad Parvez, associate counsel for Shehbaz Sharif, moved an application before the court seeking one-time exemption of his client from personal appearance before the court.

The counsel, in the exemption petition, said: “Prime Minister Shehbaz Sharif was scheduled to chair a meeting of the cabinet committee in Islamabad on important matters of public interest. Therefore, he was unable to appear before the court.” He said he would argue the matter on the next hearing.

The judge responded that “either you will advance arguments on the next date or the charge will be framed on next hearing. There is a chance the case would be delayed for many hearings, the judge showed his dismay.

The counsel said that Shehbaz would appear before the court. He said that the main counsel Azam Nazir Tarar had been appointed as federal law minister and a new counsel would also be appointed by his client.