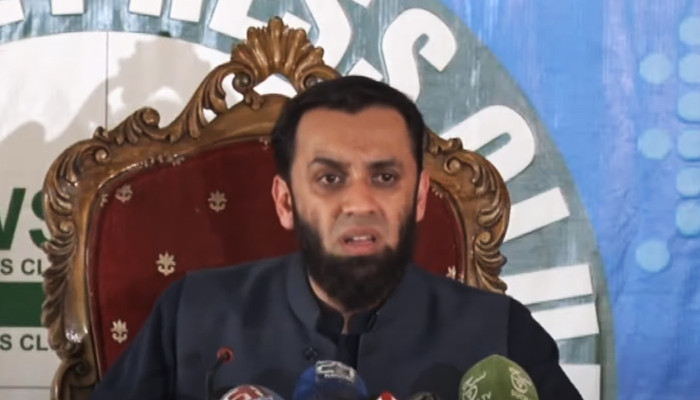 In a press conference, the PML-N leader said that the ex-chief minister deprived the poor masses of their rights and “ruthlessly plundered the resources of the country”.

The deputy secretary-general of the PML-N claimed former prime minister Imran Khan played the role of a facilitator in Buzdar’s “corruption”, while the ex-chief minister’s front men also remained involved in “plundering the country’s resources”.

“Usman Buzdar will have to answer for his corruption,” Tarrar said.

Tarrar claimed that during the previous government, Khan took “illegal benefits”, adding that the former prime minister was also involved in helping Farah Khan — a close aide of Khan’s wife Bushra Bibi — to become an “absconder”.

“Farah Gogi was involved in corrupt practices and took the help of Bushra Bibi,” the PML-N leader maintained.

He said there was no trail for Farah’s income and claimed that the close aide of Bushra Bibi had taken millions in exchange for each posting of a civil servant in Punjab.

“The corrupt schemes were planned and supervised from Bani Gala […] Usman Buzdar, Farah Gogi, and others like them were taken on board just for corrupt practices,” he said.

Tarrar said Buzdar’s assets had ballooned after becoming the chief minister and added that the reason behind his appointment was to have a man in office who would “make money for himself and earn for Bani Gala as well”.