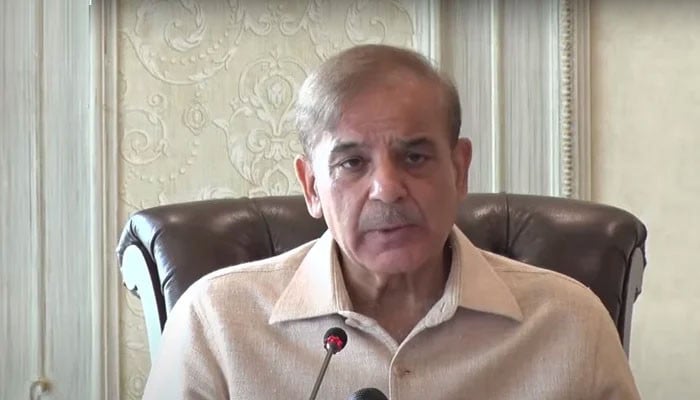 ISLAMABAD: Berating former premier Imran Khan for media censorship in his tenure, Prime Minister Shehbaz Sharif Wednesday assured that his government is fully committed to freedom of press and speech in Pakistan.

“It not only earned him the shameful title of ‘press freedom predator’ but also placed our democracy in a bad light,” PM Shehbaz tweeted, slamming the PTI chairman for imposing curbs on media during his stint.

The PM’s statement, quoting the annual report of Reporters Without Borders (RSF), said that his government is “fully committed to freedom of press and speech”.

In its report, the RSF painted a bleak picture of media freedom in Pakistan, ranking the country 157 out of 180 with a score of 37.99.

Pakistan was at 145 last year on the list with a score of 53.14, sliding 12 points in the last year of the PTI government.

The International World Press Freedom Day was observed across the globe on Tuesday (May 3).

This year’s theme of the day was “Journalism under digital siege,” which spotlights the multiple ways in which journalism is endangered by surveillance and digitally-mediated attacks on journalists, and the consequences of all this on public trust in digital communications.

Minister for Information and Broadcasting Marriyum Aurangzeb, in her message on the day, tweeted that the ultimate conscience of society is a responsible conscientious free press and its contribution is transparency, accountability as well as a healthy discourse with high standards of ethics and journalism.

“Our collective duty should be unified in condemnation of persecution and intimidation of the press,” said the minister.