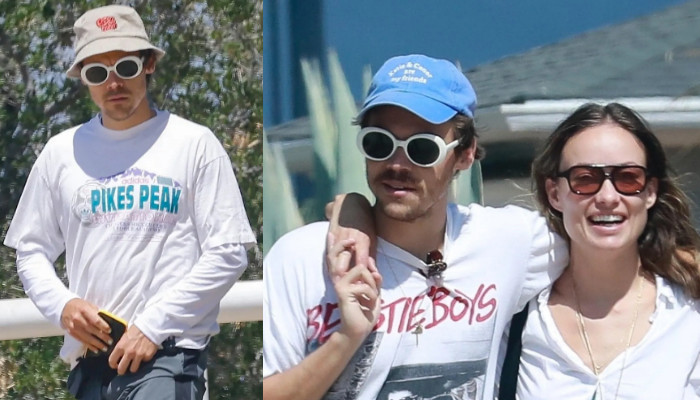 Harry Styles was spotted blowing off steam with a hiking trip in Los Angeles with a pal on Saturday as his girlfriend, Olivia Wilde, reels from publicly being served custody papers by ex-husband Jason Sudeikis.

According to Page Six, the Fine Line hitmaker and a male friend of his was seen hiking along a LA trail in a casual white t-shirt paired with grey shorts and orange trainers.

Ever so stylish and true to his name, Styles accessorized his laid-back look with a white bucket hat and white-rimmed sunglasses.

The former One Director member and Dunkirk star’s hiking trip comes just days after his girlfriend, filmmaker Wilde, was served custody papers from ex-Sudeikis while she was on stage at the CinemaCon.

The 38-year-old actor and filmmaker was at the event to release the first trailer of her upcoming flick Don’t Worry Darling, starring beau Styles, but was reportedly left “mortified” by the “beyond inappropriate” timing of the notice.

Wilde and Sudeikis, star of the hit series Ted Lasso, started dating in 2011 and share two children, son Otis and daughter Daisy. They went their separate ways in 2020.