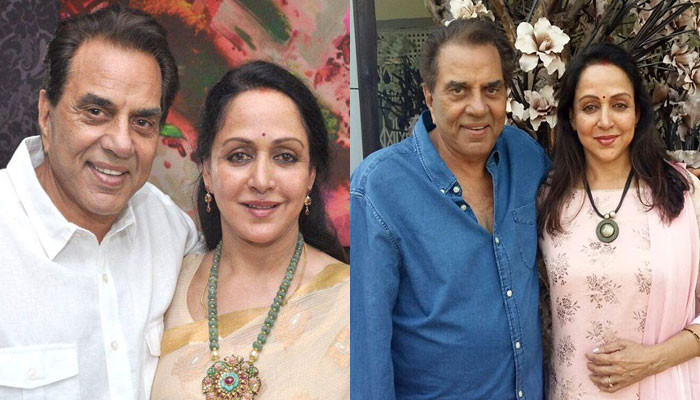 Hema Malini  said she ‘truly feels blessed’ as she celebrated her 42nd anniversary with  husband Dharmendra.

She captioned the post, “Our wedding anniversary today. I thank God for all these years of happiness, our darling children and grandchildren, our well-wishers everywhere!”

In the picture, Malini donned a beige coloured saree as Dharmendra wrapped his arm around her wearing a white shirt. The power couple has their beautiful smile on as they posed for the camera.

The couple’s daughter Esha Deol also wished their parents on the special day with another heart-warming picture.

Malini tied the knot with Dharmendra in 1980 and the duo shares two daughters together, Esha and Ahana Deol.

The 86-year-old Apne actor is also a father to two sons, Sunny Doel and Bobby Doel, and two daughters, Vijeeta and Ajeeta, from his previous marriage with Parkash Kaur.

Earlier, it was reported that Dharmendra was admitted to the ICU in the city of Mumbai due to a backache.

However, Malini confirmed on Twitter that the actor is back home and is on the road to recovery.