Hema Malini confirms husband Dharmendra is ‘back home’ after hospitalization 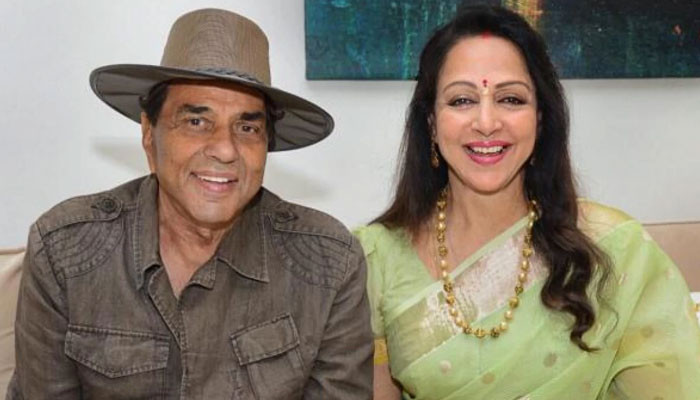 Hema Malini shares that veteran star  Dharmendra has been discharged from the hospital and is on the road to recovery after he was admitted to ICU last week.

It was earlier reported that the actor was taken to a hospital in Mumbai due to a backache.

“Actor Dharmendra had a backache during shooting, after which he was admitted four days ago. He has now been discharged,” a statement issued by the Breach Candy Hospital read.

However, Malini took to her social media earlier today to update fans on the 86-year-old actor’s health.

She wrote on Twitter, “I would like to thank thousands of well-wishers who have been enquiring about Dharam ji’s health. Yes, he was in hospital for a few days but he is ok now and thankfully back home.”

“Thank you all once again for your anxious calls and enquiries about his health,” Malina added. “God has been kind.”

Dharmendra also posted a video message on his Instagram as he advices his followers to not ‘overdo’ things, saying ‘know your limits’.

The actor said in the video, “Friends, don’t do anything over. I did it and suffered a big muscle pull at the back. So I had to go to the hospital for two-four days. It was difficult.”

“Anyway I’m back with your good wishes, his blessings. So don’t worry. Now I’ll be very careful. Love you all,” he added as he signed off.