HomeENTERTAINMENTHouston Mayor declares 2nd May as 'Megan Thee Stallion Day' in the...
ENTERTAINMENT 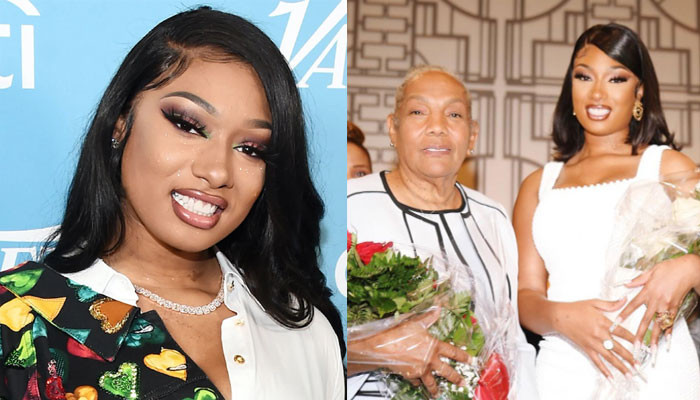 The Mayor of Houston declared 2nd May as ‘Megan Thee Stallion Day’ in the city for the rapper’s philanthropic contributions.

Megan Thee Stallion was also honoured with ‘the key to the city’ by the Houston Mayor Sylvester Turner for representing the city ‘at its best.’

Taking to Instagram, the rapper shared the news with her 28.7 million followers as she dropped a series of photographs receiving the key.

The Girls in the Hood singer captioned the post, “Came home real quick to get THEE KEY TO THEE CITY and in honor of my mother and grandmother’s birthday MAY 2ND is officially MEGAN THEE STALLION DAY IN HOUSTON TX”

She expressed her gratitude towards the Mayor as she added, “Thank you Mayor for honoring me today and I will continue to give back to the city that made me who I am today.”

The 27-year-old Grammy-winning artist was also given a cowboy hat along with an official belt buckle.

While honouring the musician with the key, Turner said, “Megan Thee Stallion has an extraordinary entertainment career, but we wanted to honor her for what she does offstage to lift people’s lives in underserved communities.”

He continued, “Individuals who receive the key are responsible of upholding Houston’s values and represent the best this city offers.”

“In fact, the key is our commitment to those who represent Houston at its best,” he added.

Share
Facebook
Twitter
Pinterest
WhatsApp
Previous article
Victoria Beckham twins with her daughter Harper Seven in pink onesie: pics
Next article
Bill Gates says he would marry ex-wife Melinda again as he had a ‘great marriage’ with her