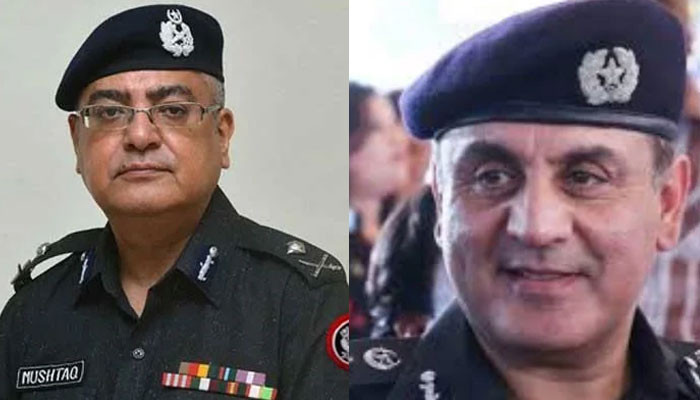 ISLAMABAD: The federal government has removed Inspector General Police (IGP) Sindh Mushtaq Mehar from his post after back-to-back terror incidents in Karachi, it emerged on Wednesday.

According to a notification, Mushtaq Mehar has been directed to report to the Establishment Division immediately.

Meanwhile, Additional IG Dr Kamran Fazal has been given the additional charge of IG Sindh by the provincial government.

IGP Mahar had been appointed in January-2020 after the PTI-led federal government reached a consensus with the Sindh government, agreeing to replace the former provincial police chief, Kaleem Imam.

It is pertinent to mention here that the Sindh government was not happy with the performance of Mushtaq Mehar and wanted the  Centre to remove him.

Sources privy to the matter had said that time, the discord between the two individuals occurred over the matter of the promotions of CM Shah’s personal staff officer (PSO) Farrukh Bashir and various other officials.

Per sources, CM Shah had been told that the reason behind Bashir and others not being promoted is Sindh IGP Mushtaq Mahar.

At this, CM Shah had directed the Sindh chief secretary to write a dissenting note to the IGP.

Moreover, the Central Selection Board had approved the promotions for only three officials, including Muqaddas Haider, Abdus Salam Sheikh, and Hameed Khokhar.