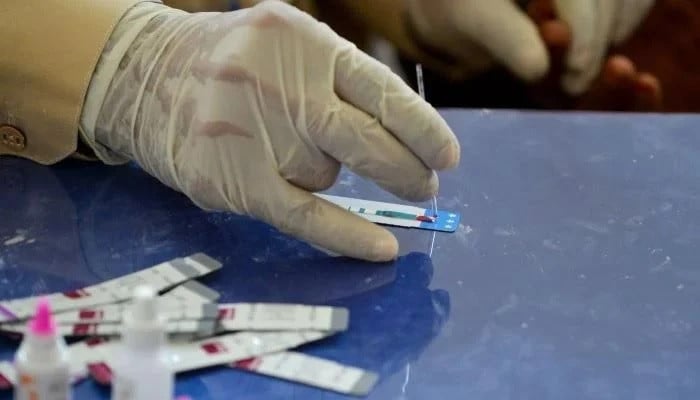 As many as 9,773 people have tested positive for HIV in the country during the last 10 months of 2022, which raised serious doubts about HIV prevention and control efforts, recent data cited by health authorities in Islamabad showed.

The authorities said that the rise in HIV cases clearly indicated the spread of HIV from the key populations to the general public.

World HIV Day is observed every year on December 1. It is aimed at highlighting the negative fallout of the deadly disease and create awareness among the masses to observe safety measures from falling prey to it.

“The increasing incidence of HIV & Aids among children and adolescents is deeply worrying,” PM Shehbaz Sharif said in a tweet.

He urged the Ministry of Health to focus on awareness about testing, prevention and treatment to fight the scourge.

The premier encouraged everyone to “vow to end the stigma attached to HIV” on World Aids Day.

Pakistan has spent hundreds of millions of dollars from the Global Fund and other international donor agencies during the last 11 years to contain and prevent the spread of HIV but new infections are constantly on the rise.

Commenting on the spread of HIV in Pakistan, renowned infectious diseases specialist and expert on HIV Dr Faisal Mehmood said one of the reasons behind more HIV cases as compared to past is that millions of tests are being done in the country.