HomeENTERTAINMENTJada Pinkett Smith once asked her best friend Tupac Shakur not to...
ENTERTAINMENT

Jada Pinkett Smith once asked her best friend Tupac Shakur not to harm Will Smith: Video 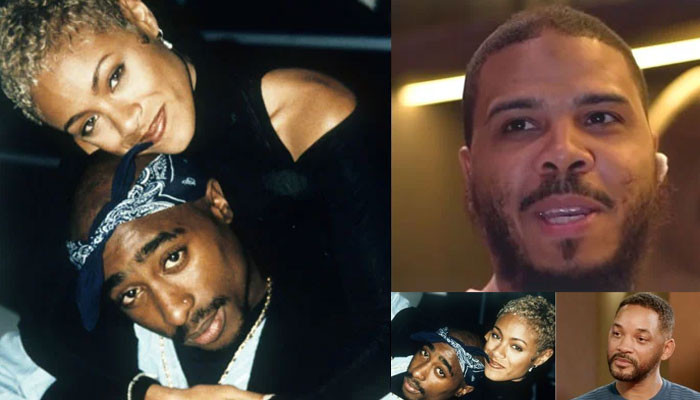 Pinkett Smith once ‘hurt’ Tupac Shakur when she allegedly asked the American rapper not to harm Will Smith, according to a friend of the late singer.

Now, almost a month after Will Smith’s slap to Chris Rock at the Oscars over a joke about his wife, a 2021 interview with Shakur’s friend and Outlawz collaborator Mutah “Napoleon” Wassin Shabazz Beale has resurfaced on the internet.

In the interview, Napoleon is asked about Pinkett Smith and Shakur’s relationship.

“He had a lot of love for Jada Pinkett and a lot of respect for her,” Napoleon said on The Art of Dialogue YouTube channel.

Pinkett Smith and the rapper grew up together. they first met at the Baltimore School for the Arts in Maryland in the late 1980s and became close friends.

However, the friend claimed there was one time he witnessed the rapper become upset by something Pinkett Smith said to him.

“The second time I probably heard him talk about her is when he went to LA. He was very upset, you know what I mean? Pac came out of the room and was like, ‘Jada she gon’ contact me and tell me don’t do nothing to Will Smith.’ So Pac was upset. He was like I don’t know why she thinks I would try to make some problem with Will Smith.’ So I guess it kind of hurt him,” Napoleon said.

The late rapper’s friend went on to share that he believes Shakur was OK with Pinkett Smith dating the “Fresh Prince of Bel Air” star because he “had no other choice.”

“I think Pac respected Jada Pinkett. That was a choice. He was the type of person that he was going to support her. Like I said, he was offended when she asked him not to do anything to Will Smith from a standpoint not to be violent towards him. I think that just probably hurt him more than anything ’cause he’s like what do you think this is? I’m not just walking around being this impulsive, violent individual. I think that probably hurt his feelings a bit at that particular time,” he said.

Will Smith’s son Jaden said Tupac once proposed to his mom Jada Pinkett Smith, according to a resurfaced interview featuring her son Jaden Smith.

Tupac Shakur, who was shot and killed in 1996 at the age of 25, is widely considered one of the most influential rappers of all time.