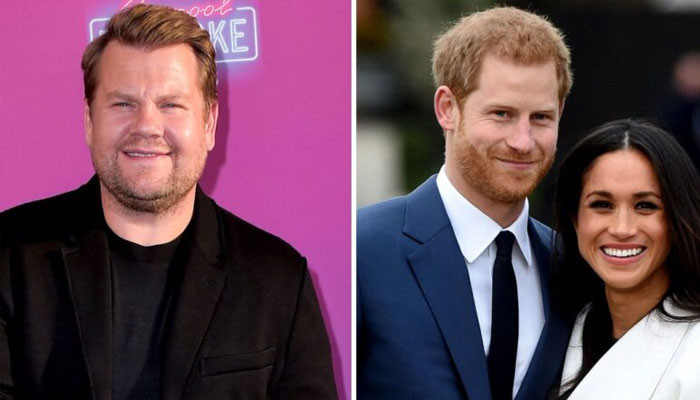 Speaking to The Sun, The Late Late Show host fawned over his friendship with the Duke of Sussex and talked about their children having playdates.

He said: “I have a huge amount of respect and admiration for Harry, and anyone who has been around him and spent time with him would feel exactly the same way.”

“Can he please stay in US with Meghan and Harry?” tweeted an irritated user.

“And British people will be in the other corner,” added one.

Another commented, referring to the host’s latest decision to move back to the UK: “Ahead of him returning to UK …. not really ‘read the room’ has he ?”

“Good. Handy to have them all in one place,” one joked.

Speaking to the Sun, Mr Corden had said: “I’m a huge fan of both of them. Obviously, I know Harry better than I know Meghan.”

“I think he is a devoted and loving husband and father and I think what they have done [in turning away from royal life] is incredibly brave and I’ll always be in their corner.”