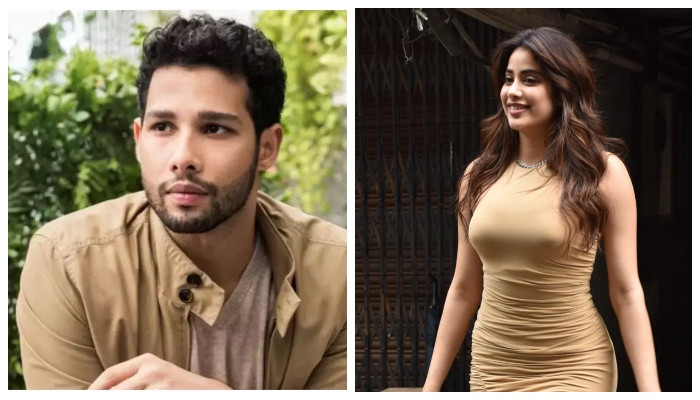 Bollywood diva Janhvi Kapoor wished Siddhant Chaturvedi on his birthday in the most adorable way and since then fans cannot stop gushing.

The Gehraiyaan actor turned 29 on Friday and both celebrities and fans poured birthday wishes for him. From Ananya Panday to Katrina Kaif, actors bombarded the star with best wishes on his special day.

Joining them, the Dhadak actress also penned a beautiful birthday wish for him. She took to her social media handle and wrote, “Happy birthday. I hope you have an amazing day and a year filled with happiness, love, and success. Keep shinning.”

Siddhant too thanked his fans and celebs for pouring in love on his big day. He penned a beautiful note which read, “Thank you for the wishes but…Walk with me, for I often forget where it all started… it’s anyway lonely…But walk along with me… if you’re free…”

On the work front, Siddhant will next be seen in Zoya Akhtar’s Kho Gaye Hum Kahan with Ananya Panday and Adarsh Gourav. He also has the horror-comedy film Phone Bhoot with Katrina Kaif and Ishaan Khatter. Whereas Janhvi Kapoor will be seen in Mr & Mrs. Mahi opposite Rajkummar Rao, Good Luck Jerry, and Mili.