HomeENTERTAINMENTJennifer Aniston and other celebrities show support for Johnny Depp amid defamation...
ENTERTAINMENT 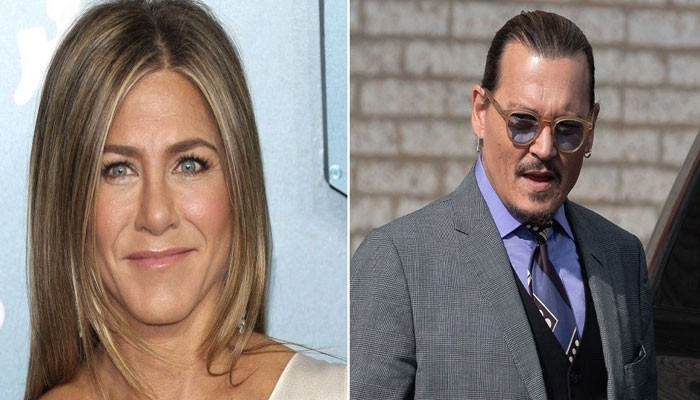 Jennifer Aniston was  one of the few celebrities who have subtly extended their support to Johnny Depp as the actor faces off his ex-wife  Amber Heard in court.

As Page Six reported, celebrities have picked sides as the former couple launched a series of accusations against each other while taking the stand in Fairfax Country, Virginia.

Here are all the celebrities who have sided with Johnny Depp:

The comedian took the stage of his UK leg of his Ego Death world tour on the May 12 show and threw a shade at the Aquaman star for leaving ‘human faeces’ on Depp’s bed.

Alec Baldwin’s oldest child Ireland Baldwin also sided with Depp amid the ongoing libel battle as she took to her Instagram story to bash Heard.

“The thing is, I know women who are exactly like this,” she wrote in April.

“They are manipulative and cold and they use their very womanhood to play the victim and turn the world against the man because we live in a society where it’s cool to say men are all the worst and blah blah (expletive) blah,” she added.

During his conversation, The Joe Rogan Experience Joe Rogan dubbed Heard a ‘crazy lady’ and shared that her accusation is not ‘true’.

“I’m watching this trial, and, like, it’s a cautionary tale about believing in bulls–t, forming a narrative in your head like, ‘We’re rebels together,’” he said.

Rogan continued, “People that are just manipulative and full of (expletive) like that? [Comedian] Doug Stanhope knows her. Stanhope’s buddies with Johnny Depp. He wrote something … like a little essay about how full of (expletive) she is, and she threatened to sue him, and I think he had to wind up taking it down.”

Skipping on openly bashing Heard, Jennifer Aniston subtly extended her support to Depp by following the star on Instagram.