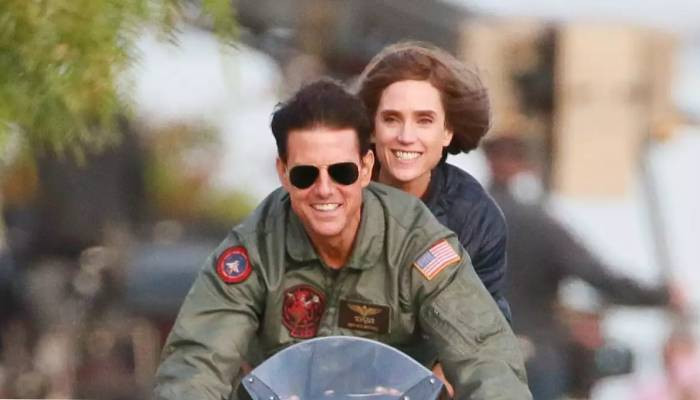 Jennifer Connelly has recently opened up about her “high-flying adventures” with her Top Gun: Maverick’s co-star and pilot Tom Cruise in a chat show.

Daily Mail reported that Jennifer, who plays Penny Benjamin in the movie, appeared on Monday’s The One Show, where she disclosed her fear of heights which is why, she had never been fond of flying.

Interestingly, the 51-year-old recalled how Tom would insist “each of his co-stars to gain flight experience before filming the movie”.

Reportedly, when asked by the host, did she go up in a plane?

The actress replied, “Yes but I wasn’t supposed to, it wasn’t part of the deal originally, but I did.”

She went on to add, “I didn’t really like it because I wasn’t a huge fan of flying, so for everyone who knows me it was kind of funny.”

The Hulk star also shared that it all began with Tom asking about “her experience of flying and air bound stunts.

“’I started to get suspicious that I was about to do some,” she jokingly answered.

However, the actress added, “’Even though I am not a pilot in the film, I did go up as a passenger and Tom was the pilot.”

To note, the movie is slated to release on May 24 in theatres around the world.