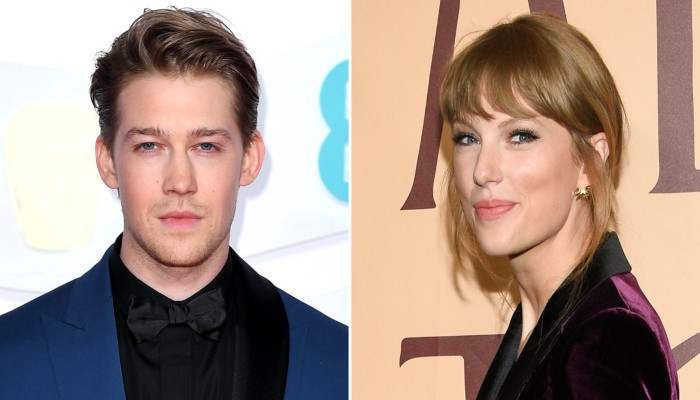 The Conversations with Friends star recalled the songwriting process and the surprise of winning the award alongside the Folklore singer in his interview with The Guardian.

Alwyn, who is popularly known for his acting in The Favourite shared that he became a professional songwriter during the lockdown and detailed the experience of collaborating with his longtime girlfriend Swift on her albums Folklore and more.

“That was a surreal bonus of lockdown,” he told the outlet. “That’s an understatement.”

The album Folklore won Album of the Year at the 2020 Grammys and Alwyn — who co-wrote and co-produced songs Betty and Exile under the pseudonym William Bowery — scored a trophy.

He further explained that he and Swift hadn’t planned on working together, it came about organically.

“It wasn’t like, ‘It’s 5 o’clock, it’s time to try and write a song together,'” he shared. “It came about from messing around on a piano, and singing badly, then being overheard, and being, like, ‘Let’s see what happens if we get to the end of it together.'”

The Harriet star has reportedly been dating the Red crooner since 2016. The pair have largely kept details about their relationship under wraps ever since.