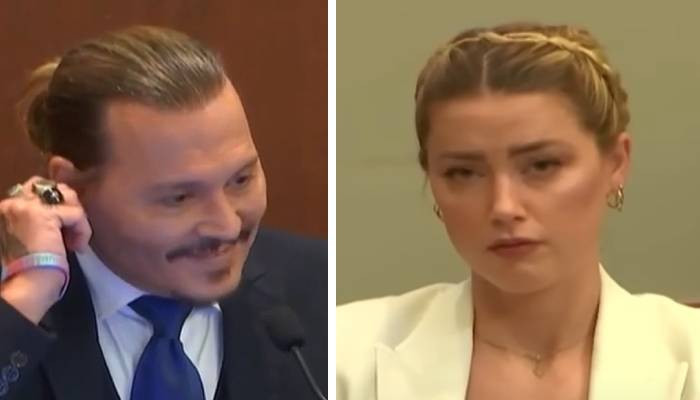 Johnny Depp-Amber Heard’s defamation trial is the much-talked about event in these days worldwide. In recent events, a body language expert Dr Louise Mahler has pointed out that both celebrities are “putting up an act”.

According to the OK magazine, Mahler, who has closely  been watching the ongoing Depp-Heard’s trials, indicated that both are actors and hence they are “playing characters of sorts”, however, their method is different.

“Johnny Depp has chosen a simpler act. So, his act is just consistent and slow. And he’s able to hold that for week after week. Whereas Heard is bored, exhausted and isn’t coming across well,” she noted.

Interestingly, the expert also mentioned the tension in Heard’s jaw, which she called it “manufactured”.

Reportedly, Mahler also asserted that Heard’s hyperventilating is not authentic and seems to be more of a “calculative strategy to create emotional thought”.

Furthermore, the body language expert explained, “If it’s genuine emotion, what happen is, you almost see the trigger in the mind and then the breath follows,” she adds, “Her high breath is trying to bring her to tears, and I have to say she doesn’t achieve it. People who perform, if they do breathe high, they’ll actually turn to crying after a while because it puts pressure on the throat.”

She continued, “He has stuck to the act throughout, which makes it credible because consistency builds credibility and he is consistently smooth in his behaviour.”