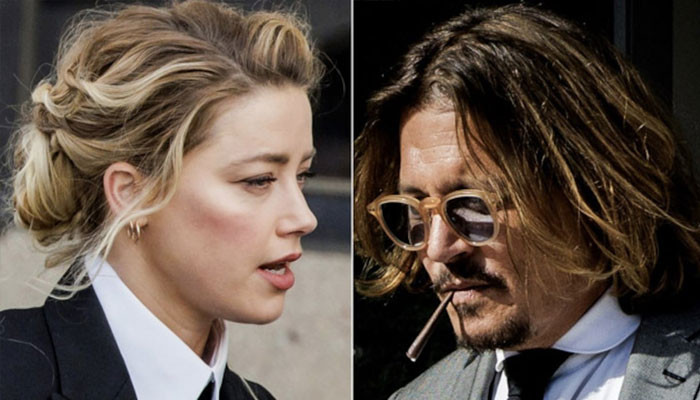 Amber Heard, who took the stand on Wednesday to tell her side of story in defamation case, has alleged that Johnny Depp repeatedly struck her during drug and alcohol-fuelled rages that she said turned her ex-husband into an “awful thing”.

Taking the witness stand on week four of the trial, Heard alleged that a pattern of violence began in 2012.

Johnny Depp, who is suing Heard over a story she wrote in which she described herself as a domestic abuse victim, has denied any wrongdoing.

Over several hours of court testimony in Virginia on Wednesday, the 36-year-old actress recalled her early childhood and her first interactions with the “charismatic” Depp on the set of 2011 movie The Rum Diary in Puerto Rico.

The pair reconnected on a press tour for the film several years later, during which Heard said they “fell in love”.

The happiness of the early stages of their relationship, she added, were soon marred by disparaging comments he began making in 2012 – the same year she alleges that actor struck her for the first time.

“I will never forget it,” she said of the first alleged incident of physical violence.

In her testimony, The Aquaman actress sought to portray the Pirates of the Caribbean star as someone who could be warm and kind, but who would fly into rages – sometimes at perceived infidelity- when under the influence of alcohol or drugs.

Amber Heard said he tried to conceal his substance abuse, which ranged from drinking spirits to taking “a lot” of cocaine.

“He’d come back clean and sober and he’d be extra nice and extra apologetic and we’d be good again,” she added.

Heard also alleged Mr Depp conducted a “cavity search” on her after an altercation during a drug-fuelled desert party in Hicksville, California.

“I just stood there,” she said tearfully.

While,  Johnny Depp – in his own testimony – said he never struck Amber Heard and characterised her as having “a need” for conflict and violence.