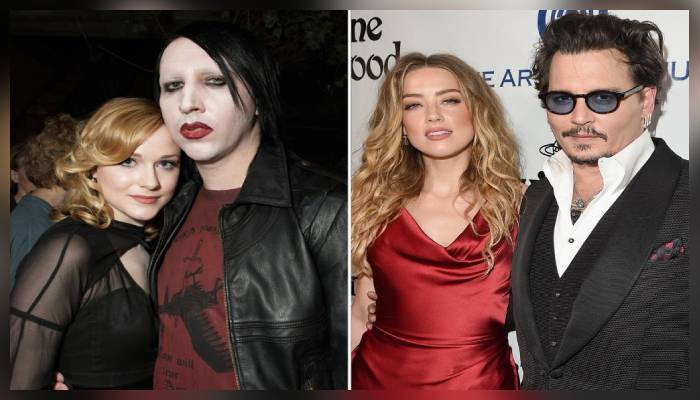 Johnny Depp’s friend Marilyn Manson have been receiving support of the actor’s die-hard fans, who alleged that Manson, just like Depp, could be a victim of “false accusations” by his ex-fiancée Evan Rachel Wood.

The Post reported that since the court proceedings for Depp-Amber Heard’s defamation trial has been on a hiatus until May 16, the Pirates of the Caribbean actor’s super-fans has recently turned to Twitter and initiated hashtag #IStandWithMarilynManson last week, the same way they did for Depp – #JusticeforJohnnyDepp – smear campaign against Heard on social media.

It is pertinent to mention that in February 2021, Wood turned to Instagram and shared a post in which she blamed the singer-songwriter for “horrific abuse”.

The Barefoot actress wrote, ““I was brainwashed and manipulated into submission. I am done living in fear of retaliation, slander, or blackmail.”

Interestingly, one of Depp’s admirer shared a photo of both Heard and Wood on Twitter and wrote, “In the world of showbiz there’s always two toxic friends who decide to put Regina George to shame and that’s Amber Heard and Evan Rachel Wood.”

Another chimed in, “I see so many similarities between Amber Heard and Evan Rachel Wood. The fake abuse. The ‘I am an innocent girl, he tried to lure me to his house by promising movie’ talk.”

Other user said, “I’ve always believed both Depp and Manson are innocent. AH and ERW just saw an opportunity with the #MeToo movement to gain clout. But they are just destroying women’s credibility with domestic violence and sexual assault.”

Meanwhile, based on different media reports, the difference between allegations levelled against Depp and the goth musician are absolutely different and in no way similar.