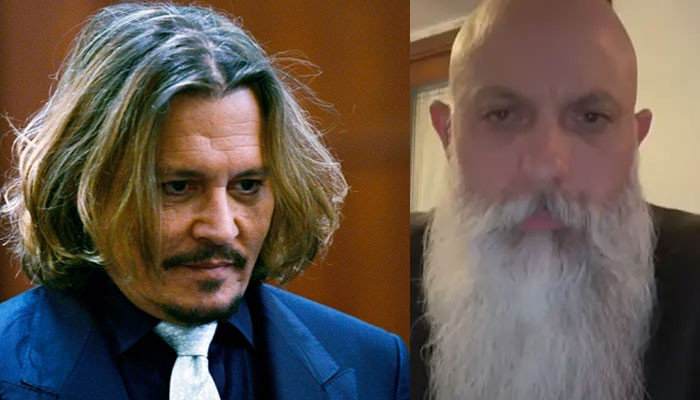 Travis McGivern, who has been Depp’s bodyguard for almost a decade, testified on Monday that Heard threw a Red Bull can at Depp, spit on him and punched the Pirates of the Caribbean star in the face.

McGivern was the first witness called by Depp’s team on Monday. He appeared virtually and testified about the verbal abuse the actor endured from Heard, telling the court the actress would call Depp a “f***ing dead beat dad,” “washed up,” and ****.”

“You name it, she spewed it,” McGivern said. McGivern also claimed Heard “demeaned” him on one occasion, as she “threw some shade on me and my chosen career.”

The incident in question occurred on March 23, 2015, two weeks after the pair’s blowup in Australia where Depp says Heard severed his fingertip.

McGivern saw Heard throw a Red Bull can at Depp, striking him in the back. Depp was “angry and agitated,” according to McGivern, and “gave as good as he got” verbally.

“At one point she spit at him,” McGivern testified, adding he saw “just a lot of verbal vitriol from both of them.”

Depp was so upset he “rearranged” Heard’s closet, throwing down every rack of clothing. He threw some of Heard’s items down the stairs. “He was upset,” McGivern recalled.

Things escalated when Heard supposedly decked Depp. McGivern said he was next to the actor, and all of a sudden, saw the actress’s “arm come across my right shoulder.”