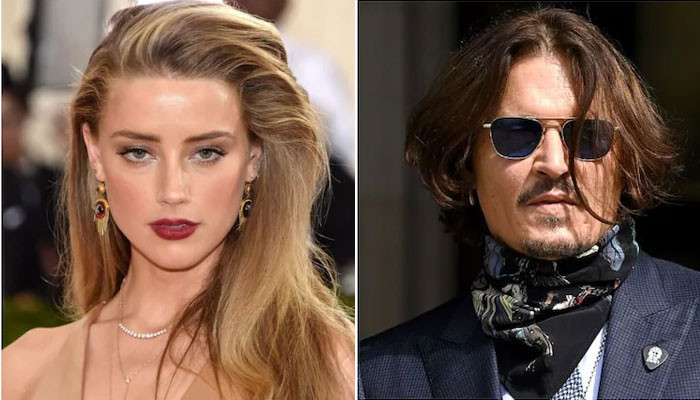 Amber Heard took the stand on Wednesday to tell her side of the story in ex-husband Johnny Depp’s libel suit.

After three weeks of silence, the actress told Virginia jurors:”I am here because my ex-husband is suing me for an op-ed I wrote.”

The Aquaman star also addressed at least some claims in a countersuit she filed against him. “I struggle to find the words to describe how painful this is.”

“This is horrible for me to sit here for weeks and relive everything,” she said soon after, before adding: “This is the most painful and difficult thing I have ever gone through, for sure.”

As the actress started her testimony, a sunglasses-clad Johnny Depp sat just feet away—declining to look at his ex-wife and instead apparently scribbling at his seat.

Amber Herd has come under withering scrutiny from fans of her ex-husband after Johnny Depp and those closest to him described the actress as an abusive manipulator.

The testimony came in the fourth week of the civil trial centering on the allegation by Depp that Heard “devastated” his career with a 2018 Washington Post op-ed calling herself a domestic violence survivor. Amber Heard has denied the allegations and countersued her e-husband for $100 million after at least one of his ex-attorneys suggested her account was a “hoax.”

Johnny Depp spent four days on the stand earlier in the trial, testifying he never struck hi ex-wife Amber Heard and that he was the abuse victim. He said he was punched and struck by her on many occasions, and that she threw things at him. He described Heard as having a “need for conflict.”