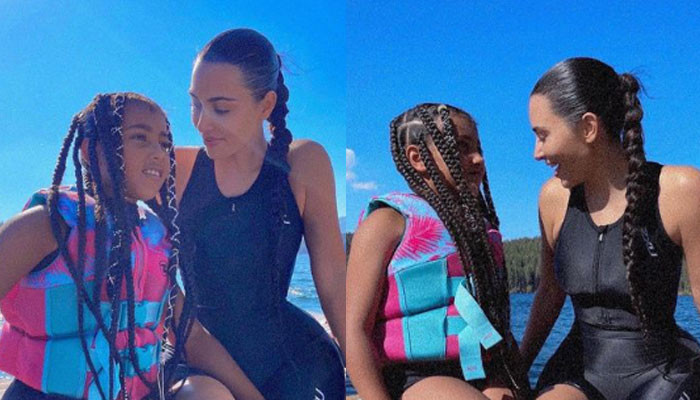 The 41-year-old reality star shared an Instagram post ahead of daughter North West’s ninth birthday, and Kanye West fans have all commented the same thing.

Kanye’s ex shared two throwback pictures of daughter North to her grid, captioning: “Looking through my phone at pics on the lake last summer. My baby girl is turning 9 soon.”

In the pictures, mother-daughter duo are seen seating on the edge of a boat, with Kim looking towards her daughter in a pink and blue life jacket.

Kanye West’s fans couldn’t help but flood the pair with comments about how similar North looks to her rapper father, with one responded: “She really looks like her dad here.”

Another reacted: “She looks just like her Dad” Someone else said, “She always look like her dad” and “That’s his twin”

Kim Kardashian and Kanye West, who announced their divorce in January 2021 after nearly seven years of marriage, share four children together – North, 8, Saint, 6, Psalm, 4, and Chicago, 2.