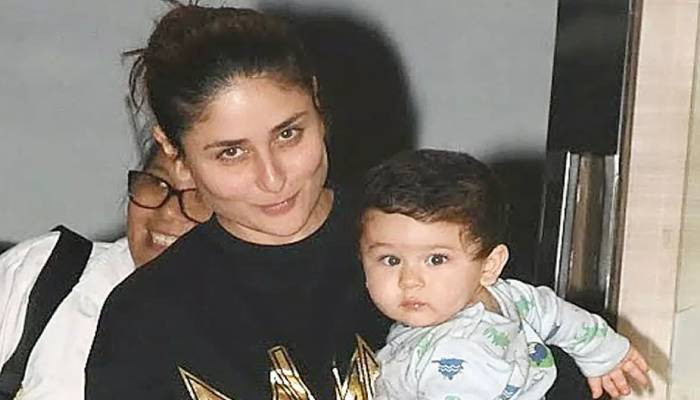 Kareena Kapoor Khan has been posting photos from her upcoming OTT movie Devotion of Suspect X sets on her social media.

Speaking of which, recently, the Laal Singh Chaddha actress  took to Instagram to share a new priceless photo with her baby boy Jehangir Ali Khan, proving a mother can juggle both work and kid together in the best possible way.

In the photo, the 41-year-old could be seen sitting on a chair, while she was surrounded by hairstylists and makeup artists getting her all set for her shoot.

Meanwhile, Jeh baba, as Kareena calls him lovingly, sat right in front of her in a baby feeding chair.

What’s interesting about this photo was Jab We Met star and her son’s similar face expressions. It seemed, the actress was making funny faces to Jeh to keep him occupied and in return, the baby was imitating his mum.

Sharing this adorable playful gesture, the Bajrangi Bhaijan actress wrote in the caption, “Double whammy!! Getting ready with the best man for company… Day-4-Kalimpong.”

This photo soon garnered a lot of love from her friends and families.

Meanwhile, her fans also dropped in heart emoticons to the post and said “exact expressions”.